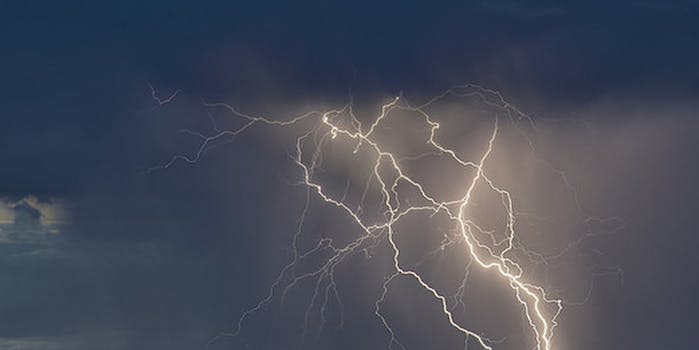 No one is safe from the wrath of the Lord.

Either a supreme deity is fed up with His followers, or He has a twisted sense of humor.

Carl Bouley, the 16-year-old who recorded the lightning strike, told NECN that he had also seen the church struck by lightning in 2007.

“The fact that I got it on camera makes everything a little more unrealistic in my eyes,” he said.