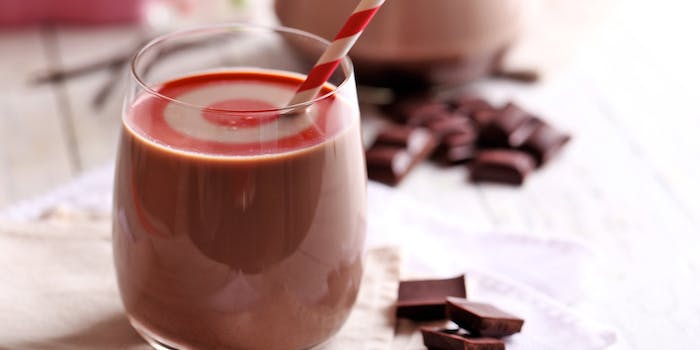 Target's a real buckaroo to its customers.

I will never forget the grayscale, slow-motion embarrassment of buying a bag of milk and trying to pour it into a jar lest it spill all over the fridge. Milk in bags in bullshit. Countries like Canada and Argentina—where I spent my February in Buenos Aires—beg to differ. So does Chuck Tingle.

Tingle took to the company’s Facebook page to state his case.

Sadly, Target doesn’t stock bags of milk, but they do have boxes. An employee named Andy pointed Tingle in the right direction with a link to a 12-pack of individual-size chocolate milk boxes, complete with straws. Tingle was overjoyed. And, even better, Target said it wouldn’t tell Jon.

This positive bit of publicity had Tingle fans rejoicing. Finally, a local Billings store that gets them!

Tingle shared his victory with his fans on Facebook and Twitter. He followed that up with a clarification as to why bag milk is better than milk cartons. If anyone could sway skeptics from milk container bias, it’s him.

Turns out trash-can-sized bags and not glorified Ziplocs are the standout. Something tells me a whole lot of Buckaroos out there are fixing to pour their jugs and cartons into a Hefty bag the next time they’re thirsty for milk.