Chuck Tingle's 'Space Raptor Butt Invasion' did not win a Hugo Award, but that hasn't slowed him.

Tingle is infamous for writing ebooks with titles like Gay T-Rex Law Firm: Executive Boner and Slammed in the Butthole by my Concept of Linear Time. He’s also very good at jumping onto the latest trends (Pokebutt Go: Pounded By ‘Em All), so he wasted no time when he was unexpectedly nominated for a Hugo Award for best sci-fi/fantasy short story of the year— Space Raptor Butt Invasion. Within days, he had written and released Slammed in the Butt by my Hugo Award Nomination.

And now, sadly, it’s time for the sequel: Pounded in the Butt by my Hugo Award Loss. 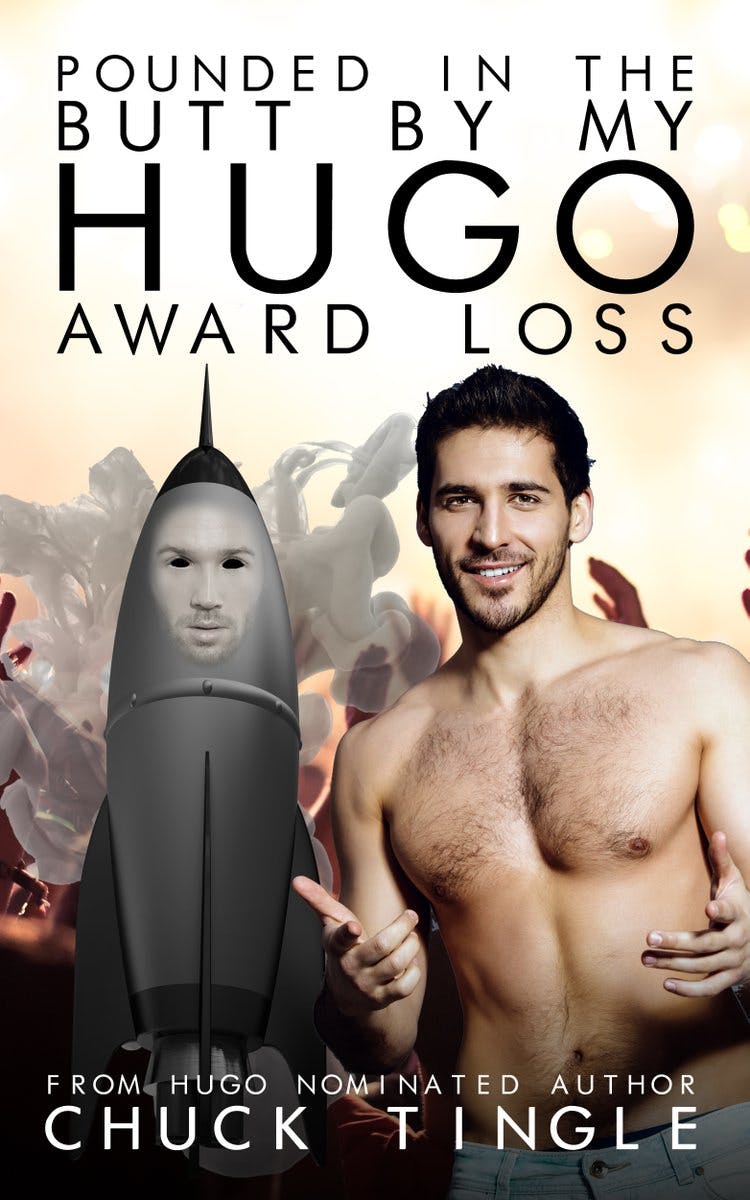 “It’s the night before the Hugo Awards and nominated author Dr. Chuck Tingle is brimming with anxiety. Of course, he’d love to win the most prestigious award in science fiction literature, but winning comes with a lot of baggage and responsibility. On the other side of things, losing would be devastating in it’s own right.

All of this nervous tension comes to a head when Chuck is approached by the sentient physical manifestation of his potential Hugo Award loss, and is forced to confront his future as a writer head on.”

Tingle’s ebook Space Raptor Butt Invasion was nominated by a protest group known as the “Rabid Puppies,” in an attempt to disrupt the Hugos. This backfired somewhat, as Tingle immediately started trolling the Puppies right back, asking game developer Zoe Quinn to represent him at the ceremony—a direct jab at the Puppies’ Gamergate-esque culture war against progressive politics in sci-fi publishing. Tingle also bought the domain TheRabidPuppies.com and turned it into his personal website, emblazoned with a shirtless photo of Channing Tatum.

time of devilmen hasselin hugos this year wont be remembered with sadness and dispair but with laughter joy and love. that is winning

Translated from Tingle-ese, that tweet is a surprisingly accurate summary of how many sci-fi and fantasy fans are feeling after the 2016 Hugos. The time of “devilman hassling” (Puppy trolling) is over, and the Hugo winners represented a diverse generation of acclaimed writers and creators.