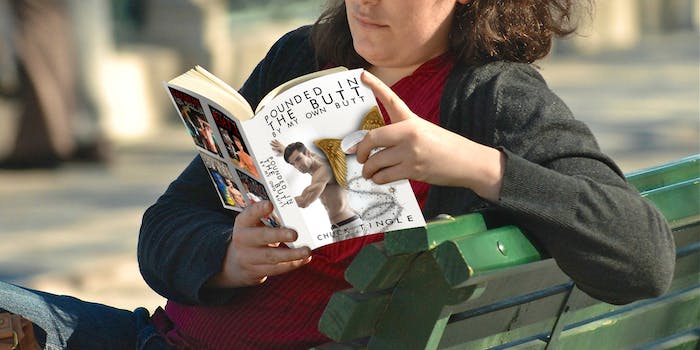 Pounded in the butt by the mystery of Chuck Tingle, Amazon’s weird erotica king

Love is real. Is Tingle, too?

Depending on what you believe or how deeply committed you are to the “love is real” mantra of Chuck Tingle, we’re living in an incredible time and in an incomparable tingleverse. This iteration just happens to place myself and the outlandish erotica ebook king within the same sphere.

Tingle’s a colleague, penning the occasional advice column for Death & Taxes (a website I’ve previously written for) between churning out topical hits like Pounded in the Butt by my Own Butt and Feeling the Bern in My Butt, a hot and heavy commentary on 2016 Democratic candidate Bernie Sanders—if he were a gay socialist unicorn.

The Billings, Montana-based writer has his own White House aspirations under the Buckaroo Party, which he personally founded. This includes fully-fledged political platforms like Allow All Flavors, which seeks to strike down an alleged nationwide ban on anything but chocolate, strawberry, and vanilla being consumed by American citizens.

Tingle’s even got his own food pyramid to help illustrate the plight of those who enjoy far more than the legal stuff at the top. 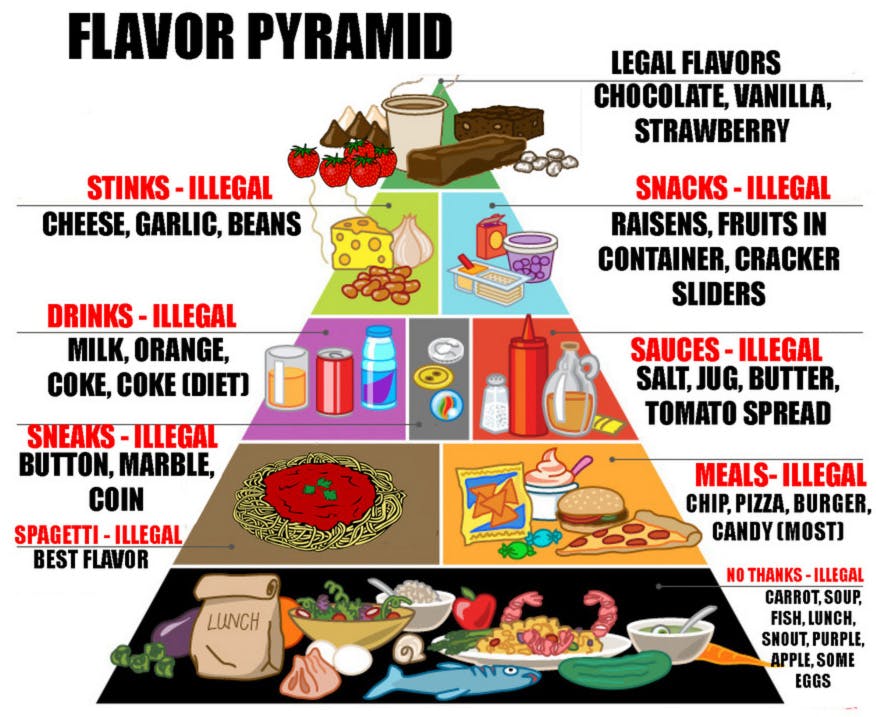 This is where the reporter hits a crossroad, that the beliefs of that reporter (to put it in Tingle’s terms, name of April) are called into question. No, the president’s not banning the country’s cuisine options, nor is Channing Tatum considering a presidential bid, despite turning 35 last year.

Tatum did inspire the founding of the Buckaroo party, according to Tingle. Like those who’ve come before me, I took the bait and reached out to the author for an email interview about his many creative ventures, including his foray into politics.

“[W]ell i started the buckaroo party after watching special mike: a dancers dream story and saw that HANDSOME MAN channing tatum would be a good president,” Tingle told the Daily Dot. “so then I started to buckaroo party to focus on issues that matter like ALLOW ALL FLAVORS. this is important because all flavors besides chocolate, strawberry and vanilla are illegal in the united state and that is wrong. this is important to me because spagetti and milk are my favorite flavors and i dont think its fair that they are illegal.”

In Tingle’s first published interview, with the Observer, journalist Vinnie Mancuso readily admitted that none of the tae kwon do master/DeVry University PhD graduate’s claims could be corroborated. His essential author photo is nothing more than a free stock image shot by a Miami-based photography firm, no longer available online.

Tingle lives in the Midwest, though. He tells me he came of age in a town nearly 2,300 miles away from Miami. “first started writing in home (name of HOME OF TRUTH UTAH) this is where i grew up after everyone left just me and mom and dad,” Tingle explained. This isn’t to say that the man doesn’t travel, but it certainly calls his persona into question.

The man hellbent on giving all sentient objects a chance to pound readers in the butt appears to be world-building with his signature manner of wordplay, seen far and wide across Instagram, Twitter, and in interviews. Home of Truth, Utah is a real place, though—a ghost town once bursting with life but abandoned in the late ’70s after its residents defected from founder Marie Ogden’s School of Truth cult.

Tingle has mentioned his hometown multiple times in interviews, along with key characters in his life, including his son, Jon, who edits his works, and a neighbor he considers his arch nemesis, known as Ted Cobbler. Cobbler’s been the subject of many a Tingle tirade on social media and in interviews as well as one of the few hand-drawn videos that the elusive author has released on his shockingly overlooked YouTube channel.

Cobbler appears to be dishing out his distaste for Tingle on Twitter.

“Local Billings man. Not against much, just human-dinosaur relations. Avid magician” reads the profile, located just under an image of British actor David Renwick from the hit ’90s sitcom One Foot in the Grave.

@ChuckTingle I need a volunteer with cute calves for a magic trick. Would your son be interested?

@ChuckTingle Next time put some pants on when you run by my grandson and I.

@ChuckTingle It’s not my fault you have sex with dinosaurs.

A Facebook profile bearing Cobbler’s name, with drawings similar to the Special Report Billings videos put out by Tingle, has sat idle since last year. I tried to add Cobbler and immediately felt like a traitor. The tingleverse had cast all my journalistic inclinations into doubt. Whoever Tingle is or wants to be, he had already endeared himself to me. I continued to reach for any connections I could find, including Channing Tatum (by way of his publicist), Tingle’s son, and a contemporary named Hunter Fox.

Tingle’s son gave a revelatory AMA on Reddit at the beginning of the year, opening up yet another portal to a fractal tingleverse. If you choose to take the path presented by Jon, then Tingle’s story takes a more morose turn.

He’s reportedly mentally unstable, relying on Jon not just for editorial guidance but assistance in his everyday life. Prior to the over $60,000 netted from ebooks sales, Jon claims, Tingle had been receiving checks from the government to get by. Tingle is said to assume the role of characters offline, once becoming a plane for a week. Perhaps the most tragic of these claims is that Tingle reportedly engages in self-harm.

please support this important cause, #all men deserve to remove their own skin to be more handsome buckaroos. SHARE# pic.twitter.com/TI1J4ruLpW

According to Jon, all those times that Tingle has attempted to draw attention to men attempting to remove their skin, his son has feared for his father’s safety. He’s tried to get to the lake where Barbara had drowned, Barbara being the nickname that Tingle bestowed upon a caretaker who fatally crashed her car into a lake—possibly Lake Elmo, which is located in Billings. The real Barbara is Jon’s mother, who is divorced from Tingle.

To take Tingle at face value is to blissfully buy into a world of manic creativity. When I asked him what he was working on, I was transported straight into the mind of a man whose preoccupations only deepen the tingleverse—one where tinglers are available to all people and at all times.

“currently working on making AUDIOBOOKS so you can tingle anywhere, maybe on the drive to work or maybe when you are working out at the gym getting hard with your buds,” Tingle responded. “you can just listen and get even HARDER thanks to a good story of buckaroo reality. so that is my work now just getting friend name of SAM RAMMED from the starbucks down the street to come over and sit in the hall closet (where barbara talks like marbles at night) and read tinglers so I can record him.”

Tingle’s forays into audio may very well turn musical. According to Jon, the author’s taste in music is second to none. He listens to Hans Zimmer and gravitates towards post-rock groups like Sigur Rós and Explosions in the Sky. His video for the Tingle-made track “True Buckaroo” certainly has an expansive aura to it. It’s the latest footage from Tingle’s YouTube channel, released in March 2016.

No matter where the story of Chuck Tingle takes his fans, they’ll be eagerly standing by to enter a tingleverse that is a feast to the senses. Sure, it’s a whole lot easier to gamely play along with Tingle’s call to buckaroos everywhere and his desire to scientifically prove that love is real. There is certainly no easy way to stomach a reality in which Tingle is tormented by his inner tingleverse in such a way as to lose himself for days at a time, to physically hurt himself, and to only realize his dreams in his ebooks.

The fans are what keeps Tingle coming back to the Internet when his identity is called into question. “lots of fans like to talk on the internet on twitter or on facebooks or now instasgram so thats a NICE way to meet buds maybe to hang out and talk maybe more,” Tingle said of his admirers who clamor for his tinglers whenever they’re released. “no nicknames for fans but mostly they are TRUE BUCKAROOS because they understand that love is real for all who kiss. this is the most important thing that a fan of chuck knows is that love is real as science has proven over and over again.”