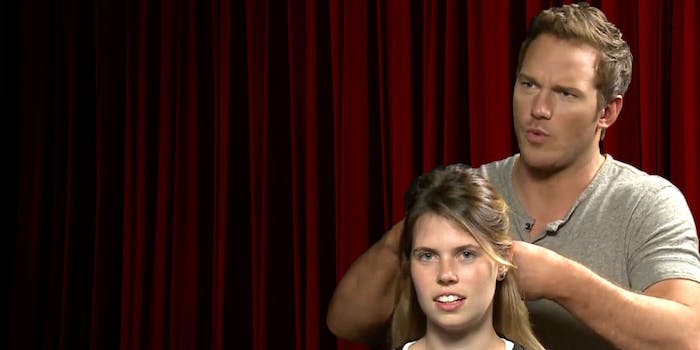 Chris Pratt braided an intern’s hair during an interview

That is one lucky intern.

Getting your hair braided is already relaxing in itself, but it’s greatness increases infinitely if Chris Pratt is the one braiding it.

In April, the Guardians of the Galaxy star revealed that he can French braid hair, posting a picture of his work on Instagram, calling it a “weird thing to brag about.”

So when Pratt sat down with Entertainment Tonight to talk about his upcoming movie, host Denny Directo already knew about his French braiding and brought in Jen, an intern, for Pratt to demonstrate his skills while he continued the interview.

With some strong opinions on just how a French braid should look, he might find himself teaching a lot more interviewers that skillset in the next few weeks.

Photo by Acid Latte/Flickr (CC By 2.0) and Entertainment Tonight/YouTube | Remix by fern