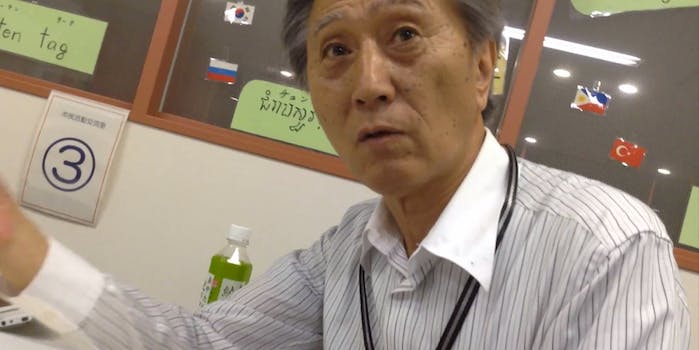 This English guy is teaching Japanese people how to swear

One guy's doing what other English and Japanese teachers can't.

Finally, someone’s taking the time to explain the words you actually want to learn in a second language.

Chris Broad found that for as much as people in Japan heard curse words in Western music, TV shows, and movies, the subject wasn’t covered at all in the Japanese/English system. After discovering the book 正しいFUCKの使い方 (How to Use Fuck Correctly), he bought four copies and took it out for a test drive.

The book offers plenty of examples for the different variations of “fuck” (including a picture of Hitler for “fucking bastard”), so even if people don’t quite understand why the word fuck was needed, it can still give them a laugh.

Even native English speakers might learn a thing or two about one of their favorite words.