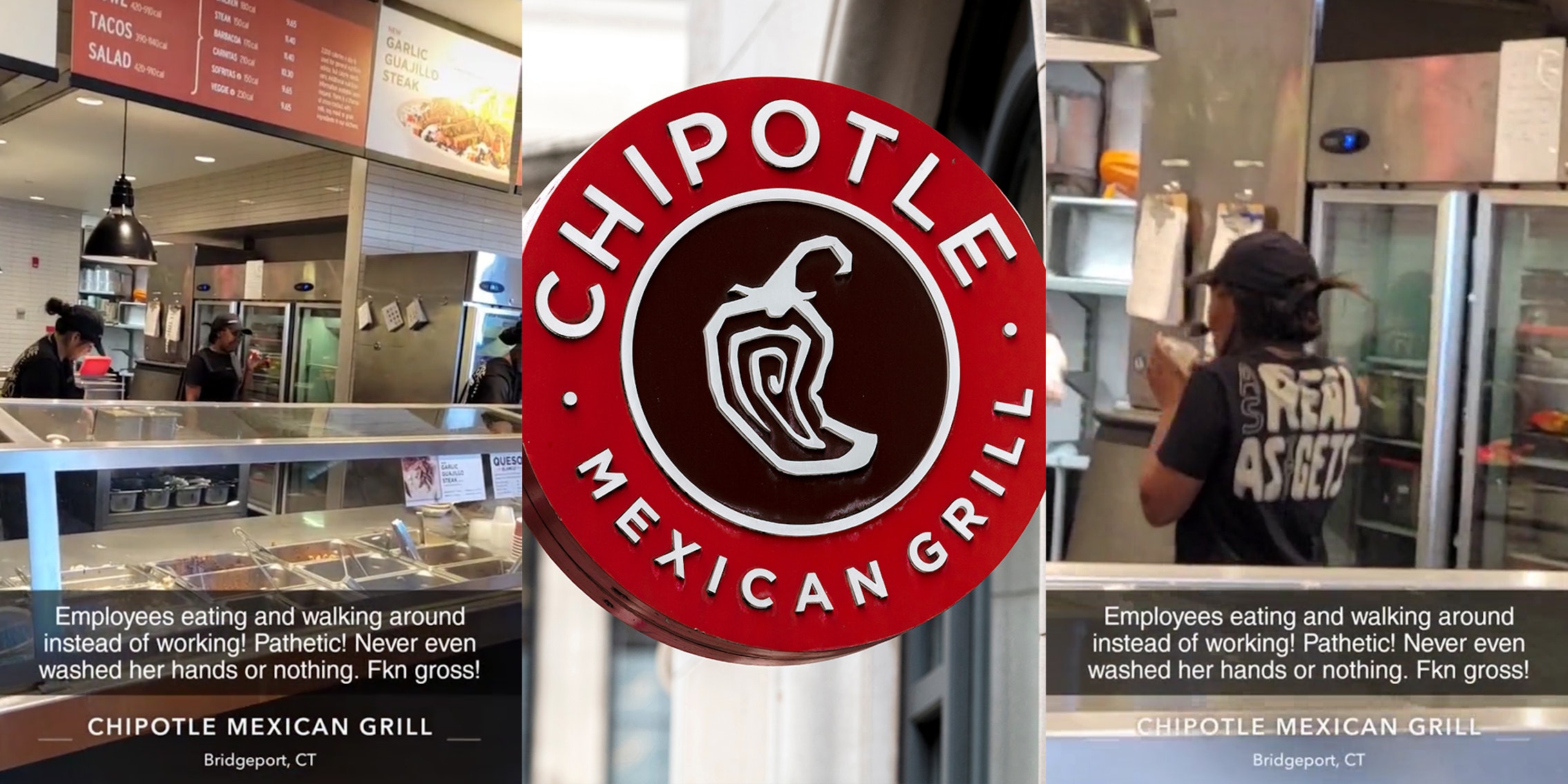 ‘They’re human bro. They have to eat too’: Customer tries to put Chipotle worker on blast for ‘eating instead of working.’ It backfires

'She needs energy. What’s the problem?'

There are two types of fast food customer: Those who sympathize with the workers behind the counter, and those who don’t. This TikToker seemingly falls into the latter category, sparking criticism after he tried to complain about some Chipotle employees eating in the middle of the shift.

People often use TikTok to complain about weird or negative customer service experiences, but they don’t always get the response they want. In this case, TikToker @smat742 clearly expected sympathy. Posting a short video of some Chipotle workers standing behind a counter, he wrote, “Employees eating and walking around instead of working! Pathetic! Never even washed her hands or nothing. Fkn gross!”

In the TikTok caption, he added that one of the workers “has a bad attitude as well,” complaining that another was “counting tips” while customers queued out the door. The video soon blew up, attracting more than 340,000 views in three days—but probably not for the reasons he expected.

@smat742 Employees eating and counting tips infront of customers while there is a line out the door! Never washed her hands or nothing! And has a bad attitude as well! #chipotle #gross #fyp #burrito #mexican #chipotleneedstotrainemployeesbetter ♬ original sound – Scott Matlock

While eating on the job is often discouraged for food safety reasons, most of the commenters actually sided with the workers in this TikTok. “They’re human bro,” reads one of the top comments. “They have to eat too. There were other people there working.”

“They probably dont give them enough time to eat on break,” another speculated. “You dont know.” Other commenters remarked that the TikToker presumably hadn’t worked in food service himself, because if you’ve ever had a job like this, you’ll know that people have to take a break whenever they can grab one.

“If you only knew what really went on with food prep, that’s the least of your problems,” remarked someone else.

Basically, the response to @smat742’s complaint was almost universally negative. And between all the people defending fast-food workers for eating on the job, one person also chimed in with an explanation for why one of the workers was counting tips instead of serving customers. “At my job, we have someone counting tips who is not in charge at the moment of taking orders or doing those orders,” they wrote. “That’s probably what this is.”

The Daily Dot has reached out to @smat742 via TikTok comment.