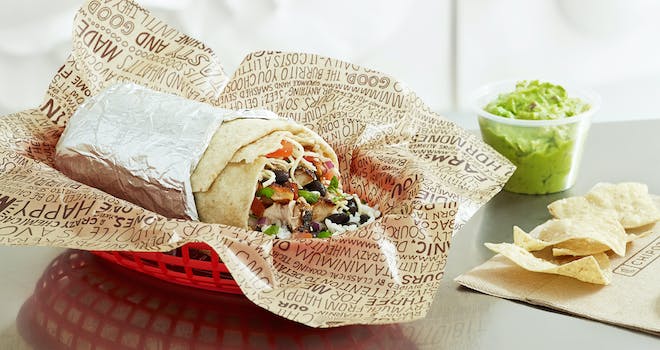 It worked out for him in the end, but not before a lot of weirdness.

After an E. Coli outbreak at Chipotle restaurants in multiple states, the fast-food chain took a day off on Monday for a company-wide lunch hour of safety meetings. In an attempt to improve its reputation and regain customers, Chipotle announced that, if you texted the word “raincheck” to the number 888-222, you’d get a coupon for a free burrito.

This sounded like a great idea—unless your phone number was 888-2222.

Hank Levine, a telecommunications lawyer in Washington, D.C., had the misfortune of owning the (202) version of that number—and on Tuesday, his phone blew up with texts from Mexican-food enthusiasts who’d accidentally entered an extra “2” while trying to score a free burrito.

“It started [Monday] morning around 9:00 a.m. when I suddenly got a text that just said, ‘raincheck,'” Levine told Tech Insider. “Curious, I wrote back with a question mark … The person said, ‘I want my burrito.’ I told them they had the wrong number.”

Soon after, the text messages—at least 250 of them—began filling up his SMS app.

My father-in-law's cell is BLOWING UP with people thinking they're getting free @Chipotle. https://t.co/CMLbkrejsD pic.twitter.com/vaVmUwNKG0

Unfortunately for the careless dialers, it appears as though they won’t be getting their comped burritos after all.

Update: Chipotle rep just said that she doesn't care to reach the 100+ people who got my F-I-L, not free burritos. pic.twitter.com/KDV3fUc7SU

As Levine pointed out, there could be someone in every area code experiencing this problem, though so far we’ve only seen the report of his own misfortune.

Things ended well for Levine, though. Chipotle offered him four free meals to make up for the mix-up, and it seems as though everything will soon calm down for him.

“Frankly, the only really bad thing for me is that it’s draining my phone battery,” Levine told the Washington Post. “But I can deal with that. That problem has been overcome.”