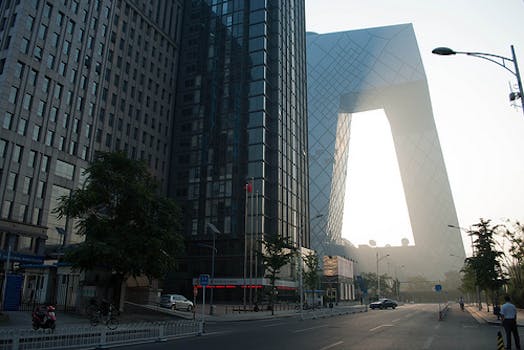 Were Chinese celebrities paid to attack Apple on social media?

CCTV is being accused of paying celebrities to post anti-Apple remarks on Sina Weibo.

CCTV, China’s official state broadcaster, has been accused of leading an anti-Apple campaign, and Chinese social media users are having a field day with it.

TeaLeafNation reports on an “exposé” CCTV ran on Friday and the subsequent news that the network had actually “paid celebrities to post anti-Apple remarks.” In part, presumably, this helped to shore up the “news” the network was purporting to break. It may also have been an effort at tarring the American company, directed by politicians with an investment in a competitor.

Peter Ho, a Taiwanese-American movie star and spokesperson for Samsung Galaxy, published this post (italics are ours) on Sina Weibo, China’s Twitter equivalent.

“#315isLive# Wow, Apple has so many tricks in its after-sales services. As an Apple fan, I’m hurt. You think this would be acceptable to Steve Jobs? Or to those young people who sold their kidneys [to buy iPads]? It’s really true that big chains treat customers poorly. Post around 8:20.”

Ho apparently forgot to delete his instructions about when to publish the sponsored post, and the gaffe inspired the hashtag #PostAround820 to take off on Weibo.

Other Chinese celebrities who posted around that time on the topic of Apple and whom Weibo users believed to be paid for their comments received a host of criticism. The most popular comment directed at the so-called “820 Party,” apparently copied and pasted, was translated by TeaLeafNation.

“Everyone post this, if you post this it’ll be deleted: Tonight something big happened on Weibo: I’ve heard that CCTV asked several Weibo celebrities to post negative things about Apple around 8:20. As a result, Mr. Liu, Zheng Yuanjie, and their compatriots were outed by Peter Ho’s post at 8:20, so now Peter Ho is pretending his phone was stolen and someone posted on his Weibo, and deleting comments on his Weibo as fast as lightning. Tens of thousands of comments have been trimmed down to a couple thousand. It seems like it’s a race between Peter Ho and these commenters tonight.”

“The 8:20 incident has already been picked up by every major Chinese news organization,” noted TeaLeafNation’s Liz Carter, “and is sure to be a public relations nightmare for the celebrities, CCTV, and Sina Weibo.The only party poised to gain from the scandal, it seems, is Apple, for whom CCTV’s consumer rights expose may prove a blessing in disguise.”