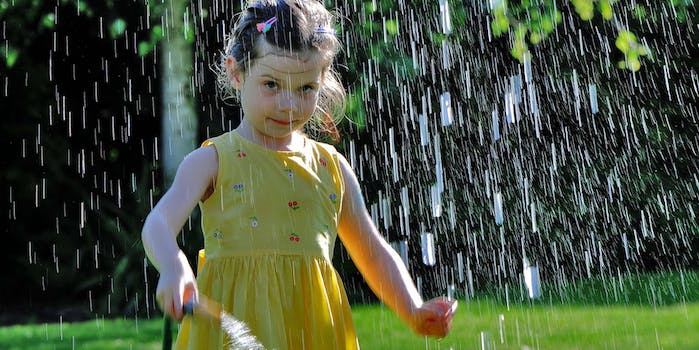 Photo via Marek Krzystkiewicz/Flickr (CC BY 2.0)

Here's why America needs its own version.

Like that cousin your parents won’t stop bragging about every visit home, Sweden has once again shown us up; its public broadcasting network released the catchiest music video about gentalia since Missy Elliot’s “Work It” this past Sunday. The (PG) kicker? It’s entirely aimed at kids ages three to six.

As part of the program Bacillakuten, the minute-long ditty “Snoopen och snippan” is intended to educate children about their lower bodies with lyrics like “the vagina is cool, you better believe it, even on an old lady,” and “here comes the penis at full pace.” All playing, of course, to a backdrop of cartoon top-hatted penises and starry-eyed vaginas dancing around on screen.

While there’s been some hand-wringing from Swedish social media commenters, according to European news network The Local, for the most part it appears “Snoopen och snippan” has won hearts and minds all over the world. It’s a bona fide hit, having been viewed over 1.7 million times and counting on YouTube.

All of which can only make me think: Goddamn it, America’s kids deserve a vagina and penis song, too.

Let’s face facts here. For the better part of our existence, maturing Americans have outright been made terrified of their dangly bits (especially girls’). Morality preachers like Reverend John Todd in the 19th century warned that boys’ “self-pollution” could lead to ruined souls, and 21st century organizations like the American College Of Pediatricians still strongly endorse abstinence-only sex education in order to uphold the “human right to the highest attainable standard of health.”

The only reason we have sexual education programs in the first place is to scare the bejesus out of kids with slides of syphilis and gonorrhea-infected members.

For peen’s sake, we were a nation desperate enough to invent Corn Flakes just on the off-chance it could stop boys from masturbating. Corn Flakes. If and when women were included in the conversation, they were either told to maintain their chastity for their future property owners or cited as a dirty whirlpool of sin and disease eager to gobble up our proud wartime boys. That latter fear is the only reason we have sexual education programs in the first place, our society only stepping in to educate young people about sex so we could scare the bejesus out of them with slides of syphilis and gonorrhea-infected members.

It might be tempting to excuse this as the repressed trappings of a largely Christian and conservative nation. George W. Bush was a devout Methodist whose presidency allocated oodles of federal funding to abstinence programs (originally funded by Reagan) that categorically didn’t work to reduce rates of awkward teen bumping but did work to leave them ignorant how to do it safely. The result was pregnancy and STI rates worse than among those who received comprehensive sexual education.

But it’s not just conservatives who are afraid of Vagina Woolf, as the Obama administration proved aptly enough when it tried to restrict universal over-the-counter use of emergency contraception in 2013, apparently believing that if we wished hard enough, young girls would stop debasing themselves with sexy, if less safe, times. Not that any of this stops us from plastering everything with ample sexuality, while asking anyone under the age of 18 to please cover their eyes, no peeking. And so goes the American way, absolutely tantalized and enthusiastic about the inner workings of sex, love, and dirty parts as adults, but petrified of having a honest conversation about it with children.

I’m getting ahead of myself here though: “Snoppen och snippan” isn’t about sex, it’s about satisfying a perfectly healthy curiosity. Kids are just as interested about what goes on down there as the rest of us. They poke and they prod, sometimes even at each other, because that’s how people learn about the world. Normalizing that experimentation, that exploration, makes for a happier and healthier learning environment. Because, guess what, vaginas are cool and penises would look way better with a top hat and a mustache. That’s not adult content, despite YouTube first labeling the music video as such; that’s downright fundamental vocabulary.

Unabashed honesty can be a powerful lesson in confidence and comfort with one’s own body for its young viewers.

The video doesn’t hold back—”snipp” and “snoop” are child-friendly but accurate labels for our genitals in Swedish—and it’s that unabashed honesty that can be a powerful lesson in confidence and comfort with one’s own body for its young viewers. Contrast that with America, whose politicians were unable to tolerate a female state representative, Rep. Lisa Brown, repeatedly uttering the word “vagina” in reference to an abortion bill debate before the Missouri House floor; Brown was subsequently barred from speaking the next day. Having that vocabulary early on makes it all the easier to navigate the harder later lessons about sex, consent, and relationships.

Otherwise, it’s like asking someone to memorize a speech with half the words missing, our mind flailing about to fill in the rest, pulling whatever information it can from the culture around us, which as mentioned before, doesn’t have a great track record for accuracy. So much of the fear-mongering we’ve created around sexuality, and still create, is motivated by the insecurities that were passed onto us, and we overlay those fears onto the next generation, sending down the same baggage about shameful sluts, stone-faced prudes, and never unwilling, hypersexual men. And if we can’t even get past those easily debunked tropes, how on earth are we supposed to handle less explored issues about gender and sexuality, like bisexuality, polyamory, or asexuality?

Maybe Americans won’t ever have a “Snoppen” of our own. That doesn’t mean we can’t have a frank, honest, and entertaining conversation with our kids or little brothers and sisters about the minutiae of our genitalia; one that expands upon that video to talk openly about sexuality, and to emphasize that while everyone has a penis or a vagina, it isn’t even what necessarily makes us a boy or a girl. That doesn’t mean, if we’re still too embarrassed or a little lost in the dark ourselves, we can’t send them to online informative guides like Scarleteen as they get older. It doesn’t mean we can’t all sing along to the beat of our own Ps and Vs.

Photo via Marek Krzystkiewicz/Flickr (CC BY 2.0)