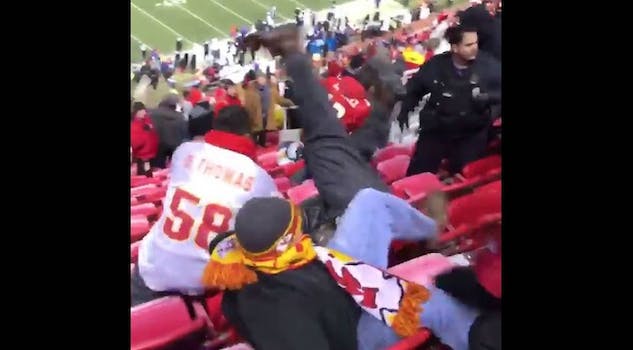 Let the bodies hit the floor.

Unfortunately for those fans who are well behaved and not soused out of their minds, NFL games oftentimes feature fan brawls in the stands that spill onto other seats and other people. On Thursday, though, a fan fight started an impressive-looking avalanche of dudes wearing player jerseys. Call it a fanvalanch.

Forget the Chiefs vs. the Raiders on the field. Let’s watch the action in the upper deck.

The Raiders have long had a reputation for being a nasty, brawling team, and they have quite a rivalry with Kansas City. Perhaps the brawl shouldn’t have been a surprise. After all, this is what happened a few days ago on a flight from Oakland to Kansas City.

Announcement on flight to Kansas City congratulates the entire aircraft for wiping them completely out of booze. Yep, it's a Raiders flight.