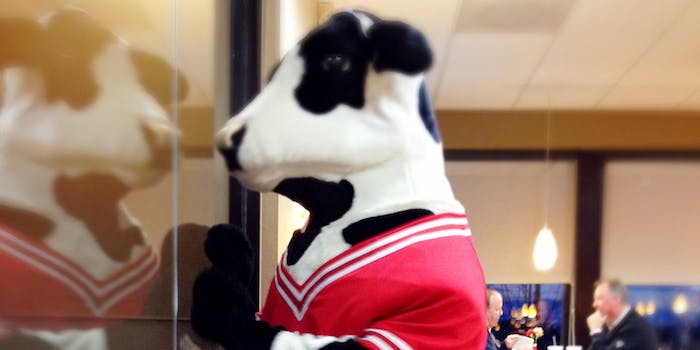 Craigslist isn’t just a place for scams, naked keyboard salesmen, and unwanted children. If you poke around long enough, you may be able to find cow costumes that cost thousands of dollars and appear strangely familiar—like they belong to a national chicken chain.

Trytten, unaware of this fact, was selling them for $350 apiece on Craigslist, complete with photos.

An undercover officer who spotted the listing posed as an interested buyer, telling Trytten the outfits “would make the perfect his-and-hers costumes for him and his wife.” The sting operation worked. Not only does Trytten face a possession-of-stolen-property charge, but he probably won’t be eating “mor chikin” anytime soon.