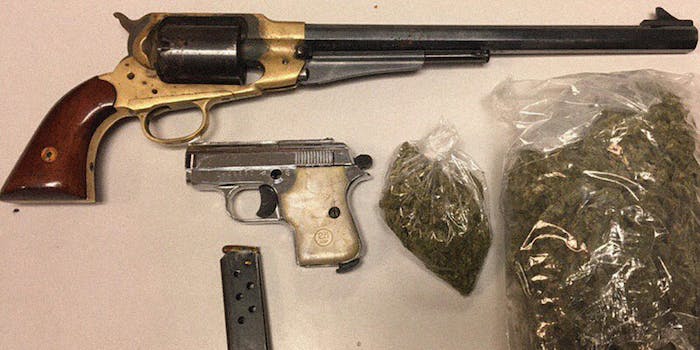 Chicago PD are getting blasted on Twitter for this bust of a sad-sack, old-timey gun

The world may not be any safer.

Just this year, 176 people have been killed in the city, and the vast majority are shooting deaths. So any gun that police get off the streets there is a good thing.

That said, this gun bust perhaps shouldn’t have made it to the Chicago PD Twitter feed.

Great intel lead to a positive search warrant for the 1063 team in the 10th District. Weapons and drugs recovered. pic.twitter.com/Kq38HxPOap

everyone is safe, Aaron Burr is in custody

Can't wait to hear the Joker has been convicted! pic.twitter.com/8gT9n0XDqx

Must have been a wild stagecoach chase. https://t.co/gtsRMXpNe5

Despite their tweets rife with mocking disdain, the good people of Twitter dot com are surely happy police are keeping the streets safe.