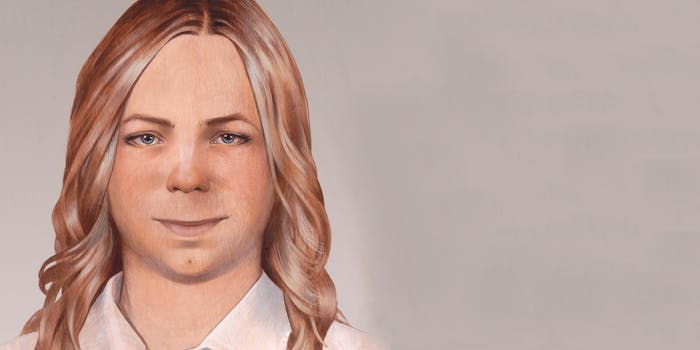 Manning, who identifies as trans and was born Bradley Manning, told the world she was female the day after she was sentenced to 35 years in prison for violating the espionage act, punishment for leaking a host of classified army documents, including video of an Apache helicopter killing a host of unarmed civilians.

In a statement written in prison and published to a support website Wednesday, Manning wrote that a Kansas judge had finally approved her legal request. She explained:

It’s worth noting that in both mail and in-person, I’ve often been asked, “Why are you changing your name?” The answer couldn’t be simpler: because it’s a far better, richer, and more honest reflection of who I am and always have been –a woman named Chelsea.

It’s the first of several steps for Manning, who’s still serving time in a men’s prison. She also wrote that a prison doctor had promised to come up with a hormone therapy plan, though that hasn’t materialized.

Still, her spirits seem high. “I’m optimistic that things can –and certainly will –change for the better,” she wrote.