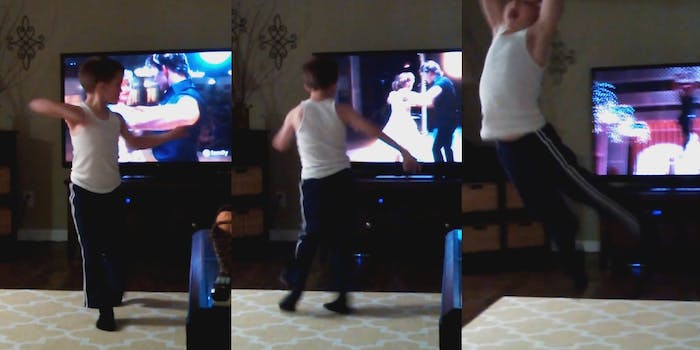 This kid nailed the final scene from ‘Dirty Dancing’

Nobody puts this baby in the corner.

Charlie could’ve probably given Patrick Swayze a run for his money.

He may be a little young to view Dirty Dancing in its entirety, but you can tell he’s seen that final dance between Johnny Castle and Baby Houseman many, many times. He’s studied it and he’s practiced, and now, like the characters on the TV screen in front of him, he’s ready to put everything he’s learned to the test with as much charm and enthusiasm as Swayze; he’s even lip-synching.

There’s one scene he can’t quite get yet, but he’s still waiting for a Baby to dance with—and who probably isn’t in a corner.