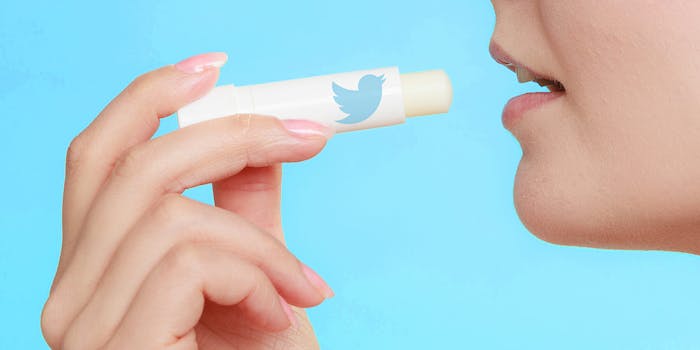 The depressing feud between ‘bare minimum’ and ‘chapstick and mascara’ Twitter

The terms mock women for having depressingly low standards.

There are a couple of new terms circulating on Twitter dot com that you may have noticed: “bare minimum Twitter ” and “chapstick and mascara Twitter.” What do these mean? Are they basically the same thing? Is one related to the other? We looked into the terms, and it’s all terrible. Really, just leave now. You don’t want to know about Twitter feuds that critique women with depressingly low standards for their partners. Oh, wait, you do? OK, fine. Here’s what it’s all about.

“Bare minimum Twitter” is people who congratulate men for doing the bare minimum as a decent human being/partner. An easy example of this is the people who praised the man who talked about loving his curvy wife on Instagram. The critics of “bare minimum Twitter” think that men should not receive accolades for simply existing. We should (rightly) have higher standards, they say.

Here are some other good explanations of the term,:

Babe you want a bag of chips and a soda from the corner store?

Bare minimum twitter: omg nooo pls don’t I’d feel so bad it’s too much to spend on me pic.twitter.com/HVRd2vqfD5

In the last week, a couple of viral tweets used the term “chapstick and mascara Twitter.”

Here’s the problem with chapstick and mascara twitter.
Y’all are constantly putting the responsibility on WOMEN for the things MEN do wrong.
Stop waiting on us. Leave us out of it. Become good men on your own before you waste our time with your little boy behavior. https://t.co/89nOcu4VtW

People have been using the term chapstick and mascara Twitter since last year, but it didn’t really take off on a wide scale until this past week, when people used it to call out women who excuse bad behavior from men. And the reactions to the term have been great.

But "chapstick and mascara Twitter" is my FAVORITE term bc it's SO REAL.

Some people are now using the term interchangeably with bare minimum to identify people who praise men for treating women with an ounce of respect.

I honestly feel bad for chapstick and mascara twitter at this point https://t.co/uY0jg5X7B5

The term is also another way of calling a woman basic.

There is a lot of confusion, though, about the terms. Can you be a part of both bare minimum and chapstick and mascara Twitter? It seems like you can, although it’s probably not a good thing if you identify strongly with these groups.

Do you ever have an identity crisis where you aren’t sure if you’re bare minimum chapstick and mascara twitter or not? Bc same tbh

Yes, you can be a person who uses minimal makeup AND has high standards for the men in your life. You can also be a person who loves makeup and has low standards for men. But these terms are referring to a small subset of women who are fine with minimal everything, from makeup to positive treatment from men.