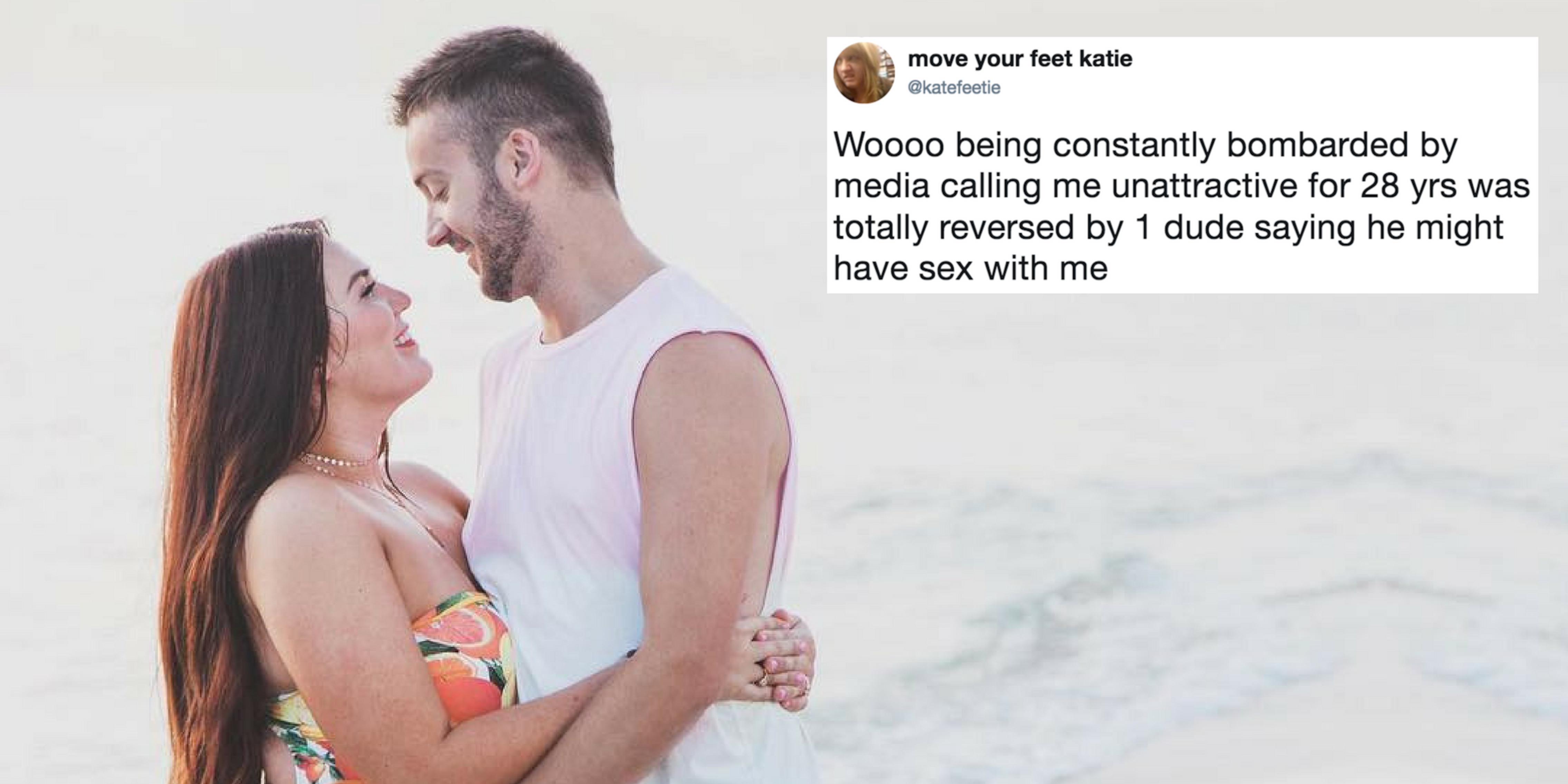 Robbie Tripp is no ally to the internet.

Which is why the internet is roasting Robbie Tripp, the speaker, writer, and Instagram personality who recently bragged about how body-positive he is in a post that ultimately reduced his wife down to her curves and his attraction to her. At the same time, Tripp’s post gave off the vibe of a dude asking for points for being a decent human being.

|| I love this woman and her curvy body. As a teenager, I was often teased by my friends for my attraction to girls on the thicker side, ones who were shorter and curvier, girls that the average (basic) bro might refer to as "chubby" or even "fat." Then, as I became a man and started to educate myself on issues such as feminism and how the media marginalizes women by portraying a very narrow and very specific standard of beauty (thin, tall, lean) I realized how many men have bought into that lie. For me, there is nothing sexier than this woman right here: thick thighs, big booty, cute little side roll, etc. Her shape and size won't be the one featured on the cover of Cosmopolitan but it's the one featured in my life and in my heart. There's nothing sexier to me than a woman who is both curvy and confident; this gorgeous girl I married fills out every inch of her jeans and is still the most beautiful one in the room. Guys, rethink what society has told you that you should desire. A real woman is not a porn star or a bikini mannequin or a movie character. She's real. She has beautiful stretch marks on her hips and cute little dimples on her booty. Girls, don't ever fool yourself by thinking you have to fit a certain mold to be loved and appreciated. There is a guy out there who is going to celebrate you for exactly who you are, someone who will love you like I love my Sarah. || photo cred: @kaileehjudd

While Sarah and much of the internet loved her husband’s heartfelt post, another part of the internet, this publication included, didn’t agree with the way Tripp’s post congratulated his work in doing something so basic as loving his wife, while writing off other thin women as not being “real.”

And so, treating Tripp like any other social media bro who went viral for the most undeserving of reasons, the internet has taken to roasting him and his self-serving post with the most gracious of parodies.

Hello world, I love my wife despite the fact that she's leaks menstrual blood once a month. #feminist4life

In this alternate reality in which we all have spouses who we fully acknowledge aren’t completely attractive, the internet fixates on this imperfection and dotes on how strong we are as people to accept such a flawed human being.

Of course, this is a hard departure from Tripp and Sarah’s post, which at least attempted to express body positivity, and did acknowledge that Sarah is attractive. In the hands of the internet, however, we’re all awful partners masquerading as saints.

You guys make fun of that Instagram guy praising his curvy wife, but that post gave me the self-esteem to hahahaha jk fuck that stupid prick

Give me your curvy wives yearning to be called by their actual names.

Imagine loving your wife's curvy body so much you don't have to talk about it on social media.

I love my wife's body, sometimes I just spontaneously grab her antlers and she asked where I want to go and I say "with you? anywhere"

The internet is also in agreement that Sarah too deserves praise—for being married to someone who’s kind of a show-off-y dude bro.

The thick wife guy is literally the worst person who has ever lived pic.twitter.com/PvapOAZnfu

He actually attributed "Create your dreams" as a quote to himself… then put it up in his house… then shared it publicly. pic.twitter.com/kU3kR9wVrK

You can do so much better, 135lb wife

Hell, if loving curvy women is ambitious and worthy of praise then, please, show us where we can pick up our participation trophies.