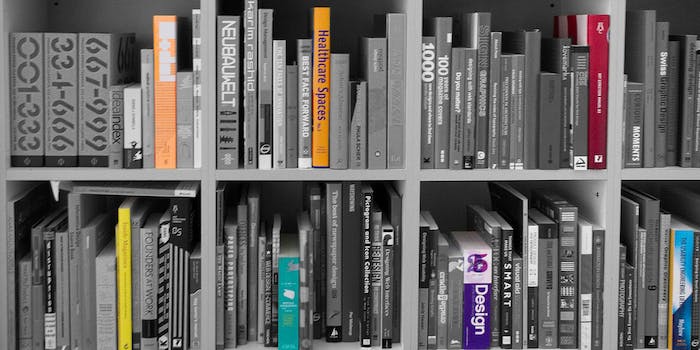 We've told you the best places to read; now here's the best spots to get social with your fellow writers in their bathrobes.

Melissa Chadburn is a lover and a fighter, a union rep, a social arsonist, a writer, of color, smart, edgy and fun. Her work has appeared in Guernica, Salon, and the Rumpus, among others.  In Ask a Freelancer, Chadburn fields questions about writing, the blogosphere, platform building, and all things scary. She doesn’t presume to know everything but she knows people that know more things than her, and if there’s one thing she’s learned it’s that there’s nothing to be gained from withholding information. Reach her at fictiongrrrl(at)gmail.com or follow her on Twitter. She loves your whole outfit right now.

A couple of weeks ago I received this question:

I’m new to the online writing universe. Is there any way you can give me a tour?

I’m interested in places where I can find other writers and readers.

This is when I began curating the Web for the best literary sites. There are basically two different categories of sites: those that feature lyrical essays and books reviews and novel excerpts as well as some of their own original content, and those literary sites that are more interactive that writers might find useful in terms of getting feedback or engaging directly with other writers.

Each type has its own very useful purpose. For those of you who want a list of the best social sites for writers, here it is:

1) fictionaut: First up is fictionaut. They bring the social web to fiction, connecting readers and writers through a community network that doubles as a self-selecting magazine, highlighting the most exciting short stories, poetry, flash fiction, and novel excerpts. They are still in their invite-only phase. You can go here to request an invite. I am really lucky to have been part of this project; basically you post short pieces and other people can like or comment on the piece and you can also submit that piece to any journals that are active on the site. It’s kind of like Facebook meets a literary submission site, and it’s really neat. I would say however, that this is best for the short form, just in the way that the words appear on the screen. I actually challenged myself to write flash fiction and won some neat flash fiction Friday contest. I’ve found fictionaut to be a supportive community from which get feedback and to read other people’s short fiction and poetry.

2) Red Lemonade: I like to think of Red Lemonade as fictionaut’s papa site. This site functions similarly to fictionaut in that you can upload your writing and get feedback— but Red Lemonade deals with the long form. That is, novel-length work. Also Red Lemonade is part of Cursor, a publishing project that makes it possible to publish your novel or nonfiction narrative, if it creates the right type of buzz online. To date Cursor has published Kio Stark’s Follow Me Down, Lynne Tillman’s Someday This Will Be Funny, Vanessa Vaselka’s Zazen, and most recently Richard Melo’s Happy Talk.

I first learned of this site when I read this article about the site’s intriguing founder, Richard Nash.

“If you have any interest in publishing, you’ve heard of Richard Nash—you may count yourself among his more than 70,000 Twitter followers . . . which can at times make him seem more like a popular guitarist or actor than, you know, an indie publishing dude.  In fact, giving an account of Richard’s career—most notably his distinguished stint running Soft Skull Press, during which time he transformed it from a small cult-fave to one of the most formidable indie presses in the country—can’t really begin to address what it is about this guy that has the entire publishing world sitting at attention.  . . and now Nash is involved in a highly ambitious start-up company, Cursor, at a time when most people are crying Armageddon in terms of the literary economy.  Yet when Nash talks, people listen—perhaps precisely because of the fact that he is one of the few in the publishing industry to embrace change and upheaval with an unbridled enthusiasm rather than with fear.”—The Nervous Breakdown

I’m not sure how I did it but I somehow gained full access to the site. One evening I got an email from none other than Richard Nash. He asked me how I got in. I told him I didn’t know, that I was just noodling around. Anyhow, he read my work, we forged a friendship and I have to say that he’s as kind as he is brilliant. He is a freaking literary genius, people! He gives the best lecture that rivals all our fears when it comes to the future of books and publishing.

3) AccountabiliBuddy: Another amazing concept is AccountabiliBuddy. The reason I say concept is that at the moment not enough people are using it. It’s free and it’s a site that you can join and then friend people and set your goals with people and check in with them on your progress. When I need help to get away from procrastinating I check in with a friend and text her before I begin and end things. It helps but this concept I think could really help writers all over the place. So go start an account today, and then maybe we can be friends on there and help each other reach our goals.

4) Goodreads: I’d be remiss if I didn’t mention this one other website you may have heard of, called Goodreads. Not only does it allow you review books, and make it easy for you to post these reviews on your blogs, but you can actually share books by sending them to other users and sometimes they host discussions with authors where you can engage them in dialogue around their novel. Also other writers get the benefit of having favorable reviews of their books out there in the universe. But thing is, yeah there’s a thing, they were recently purchased by Amazon, and that upset me. Because Amazon bums me out mostly because of their impact on independent booksellers so to counter that last one….

5) Indiebound: Another great website to know about is Indiebound. Not only will this help you locate your local independent bookstore, but if your independent store doesn’t carry a book you want you can order it and have it shipped to your store.

and as an extra goodie…

6) Electric Literature: While Electric Literature is not really an interactive site I decided to include them too because I really appreciate what these folks are doing for literature. Once again in a time when everyone is worried about the future of books, they have found a way to take advantage of this constant evolving publishing landscape by the several different mediums serving the stories they publish. They publish their quarterly journal as e-books, and hard copy, they also publish single stories, and they make fabulous single sentence animations for each of their stories.

Finally, finally! Don’t forget the old social stuff for writers too. Support your friends that are writers and your independent bookstores by buying books, and don’t forget about that sweet spot called the library. I never knew that you could request books that aren’t available in your local library to be sent to your local library from others. You can do this all in your pajamas from home by requesting them online. I was just at my library this morning and there were so many neat people there. I mean there were kooky people for sure, and some stinky people, but there were also children with big giant stacks of books that looked like they couldn’t believe their good luck. And get this—I asked my librarian what the limit was on books I could check out (I’m sure this varies depending on your city and stuff) and she said “One hundred.” Holy !%#$&