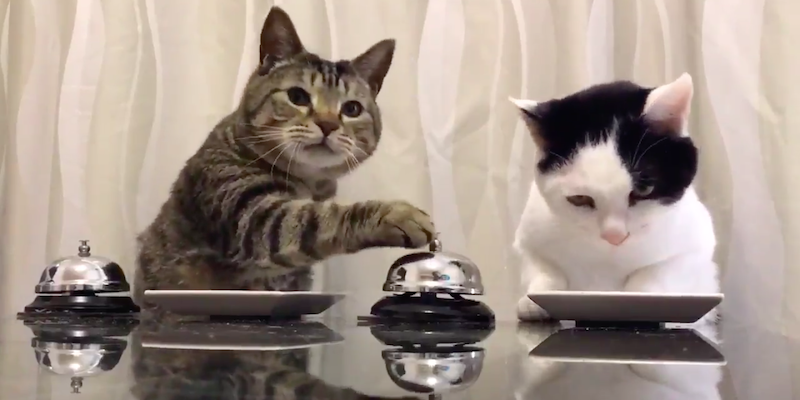 This video of 2 cats ringing bells for treats is purrfect

These two cats know the secret to getting lots and lots of treats.

Ring a bell get a treat. It’s a concept as old as Pavlov himself, perhaps owing to the fact that he coined it.

Anyway, hey would you look at these two cats who know how to ring a bell to get a lot of treats?

They ring their own bell, they ring the other cat’s bell. All the time they get the treats. It’s perfect.

These two can also ring a bell on an iPhone to get some treats.

Their names are Kisrita and Velvet.

Find something better going on in the world right now. I dare you.