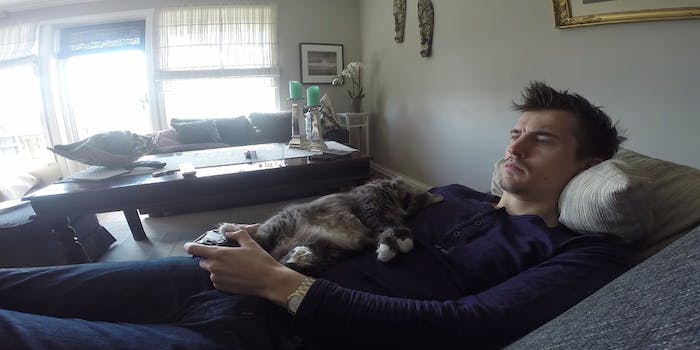 Attention-seeking cat knows it’s the only thing that matters

Good luck getting anything done when your cat behaves like this.

This is the face of a cat owner who has surrendered to the inevitable.

The resulting home video is a glimpse into the despairing existence of a man who has been roundly defeated by his own pet.