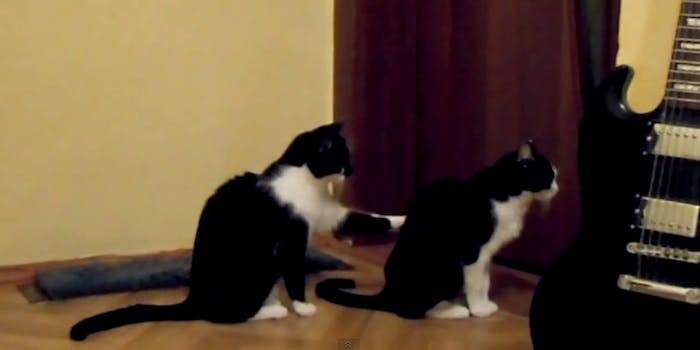 This is what happens if you ignore your cat’s apology

Cats are rarely—RARELY—sorry for their actions. So when a cat makes an attempt to apologize, it’s best to quickly accept it and move on. Or else.

YouTube user LonelyAtma (and over 750,000 viewers) discovered this unwritten feline rule in person. One of LonelyAtma’s fluffy black-and-white cats attempts to extend an olive branch (or, in this case, a fur-covered paw) to its buddy. We’re not told exactly what prompted this apology; perhaps he had taken false credit for the slaughter and delivery of a dead bird to the master.

The other kitty, however, completely disregards the apologetic advances (he killed that bird singlehandedly) and quickly learns that ignorance is not the best course of action.


Although we have yet to see conclusive video proof, we can only assume that Justin Bieber’s apology attempts go about this well.