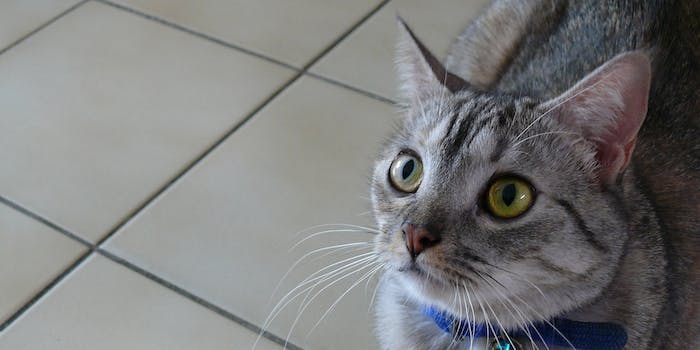 The laser has a new demographic.

We normally use lasers for pointing at things and psychologically torturing our cats and dogs, but now they’ve got a new demographic.

Yet another video of a cat chasing a laser pointer made its way to YouTube, courtesy of abbadontaud, and it predictably (and understandably) goes bonkers whenever the laser is within sight. But what’s more surprising is that the same light that entices the cat is also captivating the attention of a toddler.

He may be a little too young to perceive the trick at hand, but damn if he’s just as determined as the cat.

New entertainment, or a new, soft form of cruelty? You be the judge.