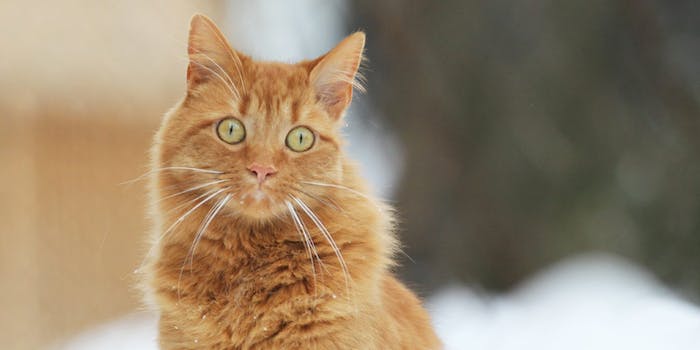 It’s all good and fun until a John Cena-inspired cat tackles you in the snow.

We’re not sure what the cat’s owner and companion, a small child, did to slight the cat, but as they explore the snow outside, they have a heart-to-heart—with some help from an audio clip of Cena giving Jon Stewart an attitude adjustment on WWE Raw. One moment you have the playful innocence between a child and pet, and the next the kid’s on the ground with a full-on body slam.