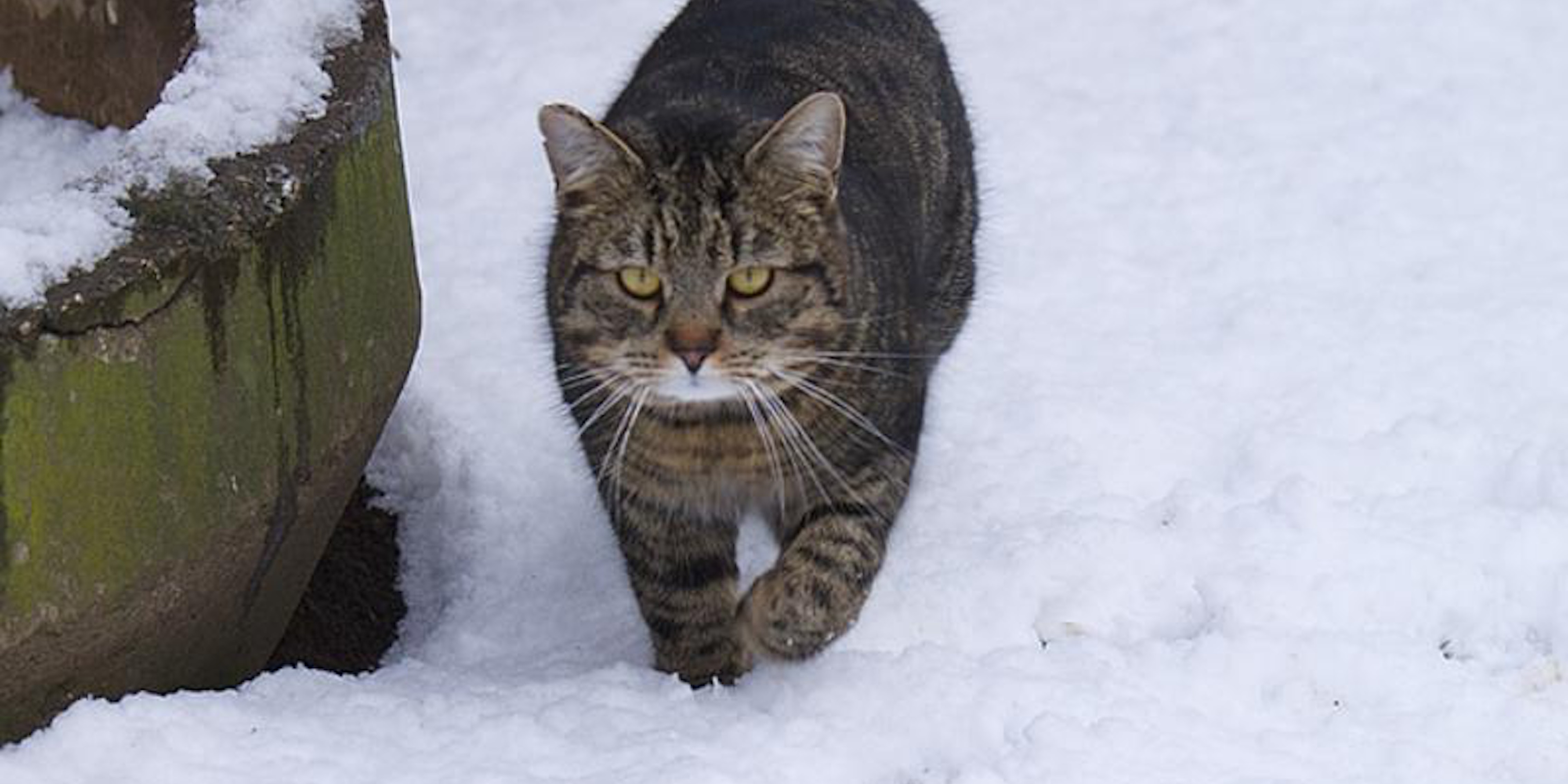 You'd think he'd hate it, but he totally doesn't.

If you were dreaming of a white Christmas on the East Coast yesterday, you must have been pretty disappointed. But if you lived in the Midwest or Canada, you were likely frolicking in the snow, just like this frisky feline.

Considering how finicky cats are about, well, everything, you’d think this kitty wouldn’t be too thrilled about being forced outside in frigid temperatures, all for the sake of shooting an adorable video. But it seems like this fella takes to the wintry climes relatively quickly.

Now if only he were wearing a Santa hat, or hiccuping and farting at the same time, we’d have a perfect YouTube video.