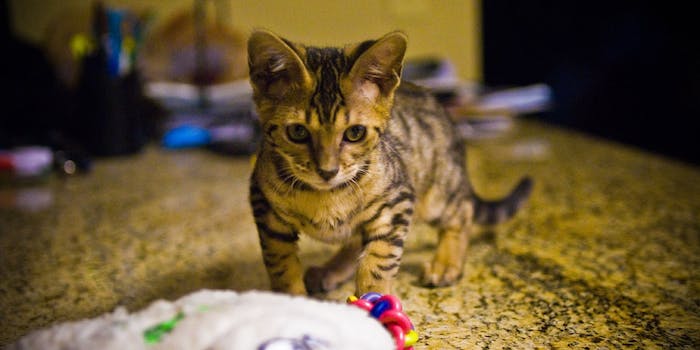 Cat trolls its own kind with a fishing rod

Humans aren’t the only ones who go fishing.

Cats get their own version of fishing rods with those sticks that have a feather or a ball attached to the end of a string. Sure, some cats hardly notice the toy. But to many others, it ignites a primaly desire to chase any small thing that moves. Basically, they go nuts.

But in this case, a clever kitty got its paws on one of these fishing rod toys, and managed to dangle it over its housemate in an odd case of a cat fishing for its own kind.

Is it possible that this feline managed to figure out the finer points of screwing around with one of its own, or just an entertaining coincidence? Regardless, we’re not sure which cat is having more fun here.