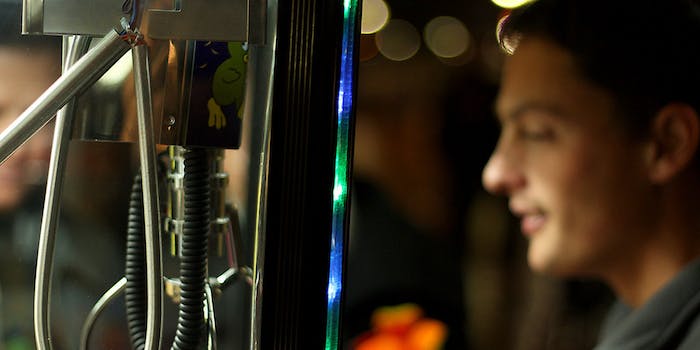 If there’s a cat version of paradise, this has got to be damn close to it.

If there’s a cat version of paradise, this has got to be damn close to it.

We’re unsure of how this cat ended up inside of a crane machine (although we can certainly guess), but just look at it. There’s enough stuffed animals in there for the cat to lay on or rip apart to its heart’s content—and there are no human hands to ruin any of the work it accomplished by grooming. Short of eating, drinking, or going to the bathroom, it never has to move again.

Even as a group of Russian guys try to fish the cat out by using a claw with a terrible grip, this furry rascal remains completely uninterested.