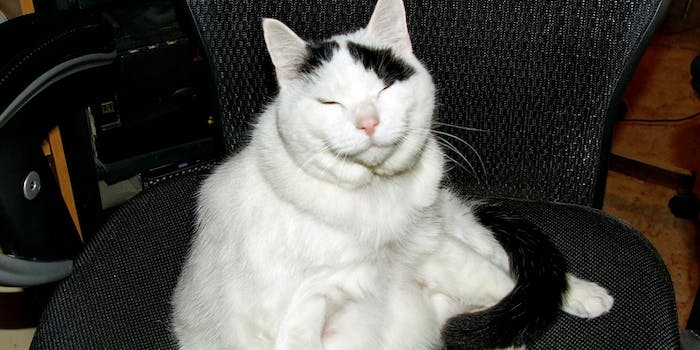 Cat filled with silent and murderous rage by annoying baby

Thank god cats have nine lives, because it looks like a toddler is annoying this feline to death.

Simba the cat just wants some peace and quiet. Meanwhile, Licia Prehn‘s daughter isn’t going to let that happen. Watch as Simba deals with the kid continually spinning the chair that he’s trying to chill on. What seems like infinite patience might just be the calm before the storm. There’s no way he’s not plotting his revenge.

They say elephants never forget, but it doesn’t seem like Simba’s going to let this grudge slip away either.