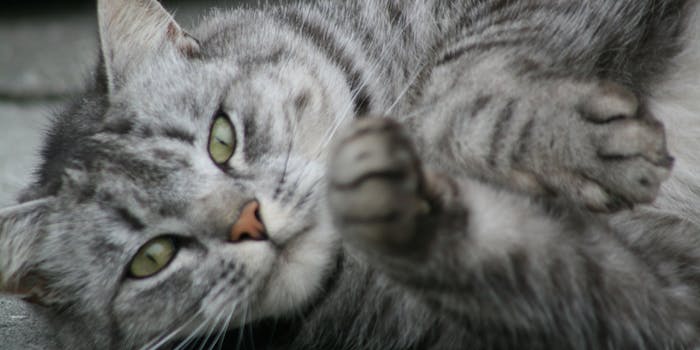 Cats have a personal interest in making sure you're up in the morning.

Let’s face it. Alarm clocks are flawed machines. They malfunction, a pet can knock them over, and if you lose power in the middle of the night, there’s no guarantee you’ll wake up when you need to.

Luckily for the man in this video, a more trusty wakeup call was waiting to pounce into action. Sure, it was just looking for its next meal, but given that its owner needed to wake up sooner or later, we’re calling this a win-win.