We all love social media. Or, at the very least, we tolerate it because we like keeping tabs on Kanye and Beyoncé. But getting our news from social media these days can be problematic, thanks in part to complete and utter ridiculousness like the Portly Gazelle.

“But what is The Portly Gazelle?” one might ask. Sadly, it is not just a slightly overweight species of antelope roaming the African plains. It is rather one of the most confusing and outrage-inducing clickbait websites in existence. Where most fake news is fairly easy to sniff out, the Portly Gazelle is a completely different animal. 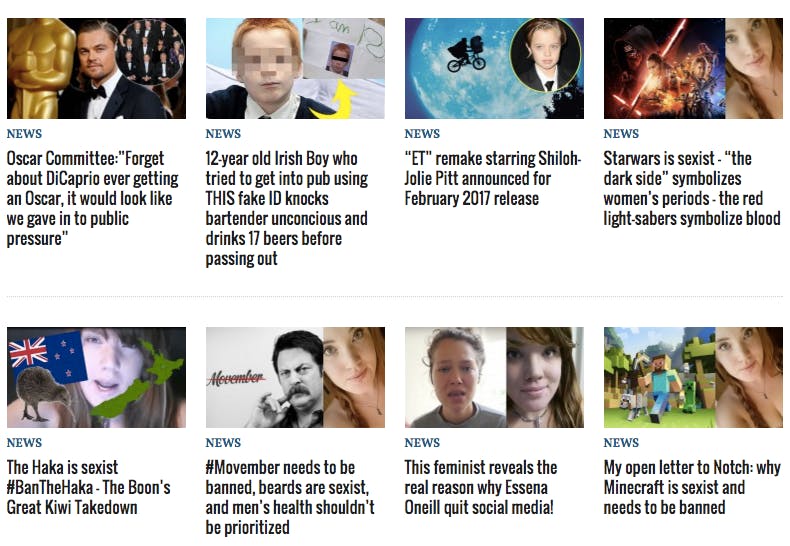 This all started with a totally different satire site, the Stately Herald. This predecessor published more transparently bogus fuckery as “Marvel’s ‘Daredevil’ sets unrealistic standards for blind people and needs to be banned NOW!” and “Pulp Fiction remake starring Robert Pattinson and Jaden Smith announced for 2016.” Right after this page bit the dust, a new site popped up to recycle content initially published there.

That site was, of course, the Portly Gazelle, and this is where things got interesting. In September 2015, the Portly Gazelle republished a Stately Herald article from June 2015 titled “A Man Saved Me from Drowning, But Now I Am Suing Him for Rape Because He Touched Me.” Satire or not, it’s one hell of a clickable headline. 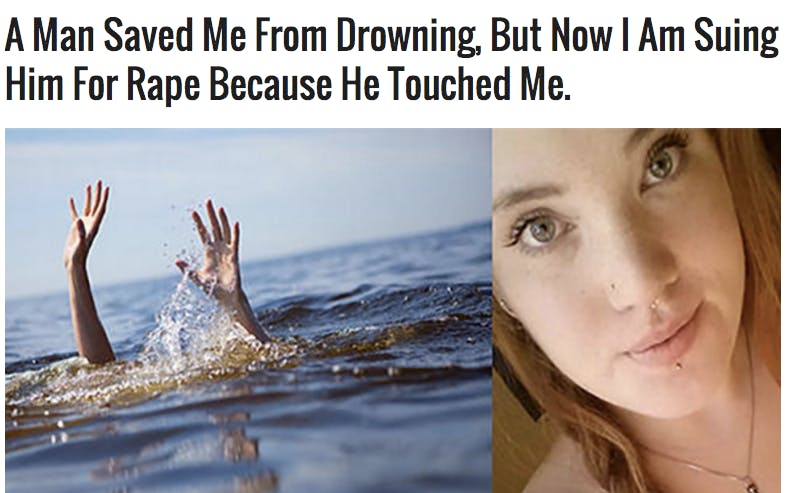 “Him, being a white man, felt he had the right to possess my milky body—to put his rough hands on my innocent flesh and command my body to come with him to the surface,” wrote the author, supposedly a 20-year-old feminist named Cassidy Boon. “I did NOT give him consent, in fact I was UNABLE to give consent and yet he grabbed me around my waist and gripped my hand and pressed my body against his like we he wanted to engage in aquatic sex.”

Strangely, it wasn’t the hoax article that pissed people off. It was a video of “Boon” accompanying the article that really sent the Web spiraling into a full-on shitstorm of impulsive, blinding rage.

“Boon” was clearly super committed to the bit and made it very hard to tell if she is just desperate for viral fame or truly unbalanced. The video amassed millions of views through Facebook and YouTube, and one quick look at the comment sections is more than enough—remarks like “Please tell me this isn’t real? it’s sad i breath the same air as this moron,” and “If only your brain was as big as your tits” paint a pretty clear picture. (Others surmised, based on her Twitter avatar, that Boon may be a former webcam model who went by the classy name FreckledFox.)

Boon went on to piss off demographics as passionate as the feminists and misogynists she first riled, most notably Star Wars fans. Yes, Boon was also behind the reviled “Starwars Is Sexist – “The Dark Side” Symbolizes Women’s Periods – The Red Light-Sabers Symbolize Blood” article and accompanying video that circulated just before The Force Awakens opened.

“It’s obvious to ANYONE with ANY type of logical reasoning, that ‘The Dark Side’ refers to periods. And no, I’m not talking commas and periods here, I’m talking MENSTRUATION. The concept of ‘The Dark Side’ is just a thinly veiled allusion from Geroge [sic] Lucas to what he believes happens when a woman has her period.”

Needless to say, Star Wars fans were none too happy. Once again, viewers were baffled and enraged, with virtually no one able to detect a note of irony in Boon’s delivery. “I can’t wait for the day you’re announced dead,” wrote one. The top-voted YouTube comment declared that Boon was “the worst thing to happen to women since rape ??.”

Boon continues to succeed in circulating this content with little to no context, which makes it nearly impossible for someone scrolling through their Facebook feed to figure out if they should be actually mad or just annoyed that they wasted their time. And her talent for engaging groups that don’t really care about her intentions, satirical or not, means that she’s able to start flamewars with ease. By posing as a straw feminist, she invites rebuke from both the women whose cause she undermines and Men’s Rights Activists who are disposed to take her at her word.

All of which is to say we haven’t seen the last of Boon—so think twice before you start in on that Facebook screed about the girl who thinks vegetable paste is racist. Also, for the love of all that is holy, do not contribute to her Patreon. The last thing she needs is financial encouragement. 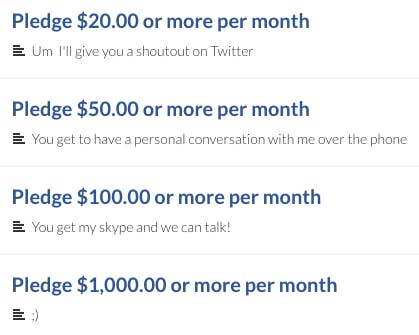 Screengrab via The Portly Gazelle