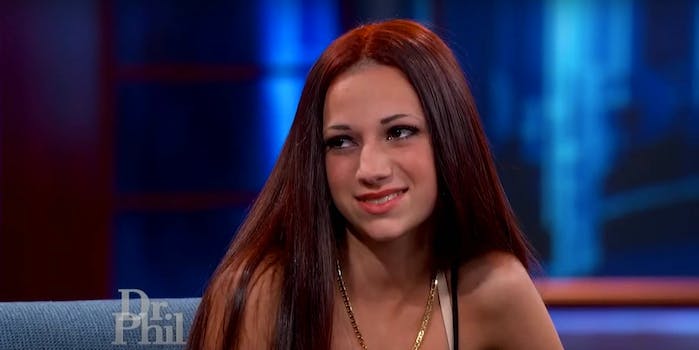 The hos might have been laughin’ back then, but the teen behind one of 2017’s hottest memes “Cash Me Ousside, How Bow Dah?” is more than likely cackling the loudest now that she’s hit the Billboard charts.

A trap remix of 13-year-old Danielle Bregoli’s Dr. Phil catchphrase and claim to fame has actually made its way onto the coveted chart, landing the hit at No. 88 for the Hot 100 and No. 34 on Hot R&B/Hip-Hop songs for the March 4 charts.

According to Billboard, the track by DJ Suede the Remix God has sealed its positions almost entirely from streaming alone. The track also hit the Streaming Songs chart at No. 50 with 8 million streams, 85 percent of them from YouTube.

Take a listen to the full track below: