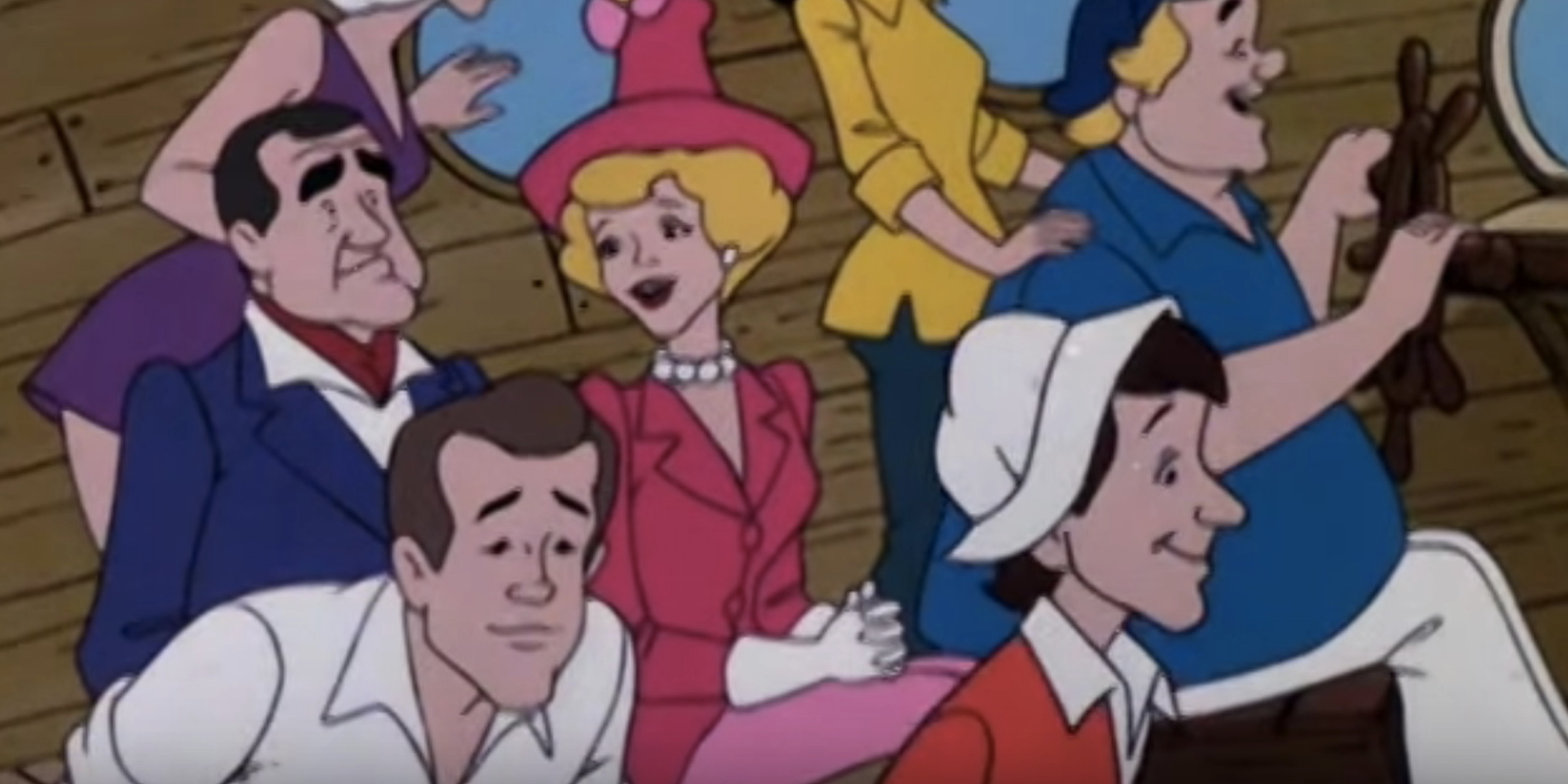 There are so many different flavors of Wikipedia wormholes. There’s the bizarre, ultra-interesting, super-rare human phenomena that totally merits intense obsession. There’s the really broad stuff that can’t help but read hilariously. And, perhaps best of all, there’s the documentation of commercial detritus that simply isn’t important or relevant enough to merit a footnote anywhere else.

Nobody publishing an actual encyclopedia, for example, would dedicate a chapter to a list of animated spin-offs of primetime shows.

If you’re wondering why that Wikipedia list could be interesting, you clearly don’t understand just how weird the ’70s and ’80s were when it came to no-budget saturday morning cartoons. It goes far beyond, like, The Addams Family, and the only reason I know that is because of this wonderful article. Here, let me show you.

This is exactly what I’m talking about.

In 1990, at the height(?) of Roseanne’s powers, some death-defying production company in Canada decided to greenlight a show called Little Rosey, which, according to Wikipedia, is a “series revolving around an 8-year-old Roseanne, her sister Tess, and best friend Buddy. The three would use their imaginations to overcome the obstacles they faced, such as spelling bees, family vacations, and rules that their parents forced upon them. Among the recurring cast were Rosey’s parents, little sisters Nonnie and Tater, and a pair of nemesis science nerds. Each episode was composed of two eleven-minute segments.”

You know, because there’s nothing young children love more than Roseanne Barr.

Frankly, it’s about what you’d expect—but there is something really, really off about a Roseanne soundalike’s voice coming out of an animated 8-year-old girl. Just terrifying.

Let’s get a little bit weirder.

Evidently the wholesome charms of Gilligan and his ne’er-do-well crew weren’t quite cutting it in the early ’80s, probably because kids were too busy letting their hearts bleed out to New Order’s Power, Corruption & Lies. The only logical solution was to tear everything down and put them in space.

It’s Gilligan’s Island in space, you guys. Gilligan built a spaceship and got lost on another planet. They called it Gilligan’s Planet.

I know I’m not supposed to demand consistency from failed 13-episode cash-ins lost to a distant era of animation, but listen to me for a second. The whole thing was they wanted to get off the island, right? They wanted to get back home? Well, in the first five seconds of the video above, Gilligan and his crew blast off in a wooden spaceship and travel beyond the solar system.

Why didn’t you just turn around? Why didn’t you land somewhere on Earth? I refuse to believe your only choices were “stay on the island” or “go where no man, woman or child has ever gone before.” There’s no way. No. Stop. Please.

I’ve actually seen more than my fair share of Hulk Hogan’s Rock ‘n’ Wrestling because I happen to be a subscriber to the WWE Network, and for whatever reason, they decided to upload every episode of this long, long-forgotten two-season cartoon. At the time, it seemed very innocent and adorable, but given what we now know about Hogan, it can’t help but feel a little strange. Over the last few years, the dude has outed himself as a lying, racist, drugged-up mess of a human being—and maybe we should’ve seen it coming, considering one of these episodes follows the plotline of the wrestler forgetting his best friend’s birthday.

Also, Hulk Hogan has hair in this animation, which is total bullshit. Hogan has been bald literally the entire time he’s been famous. YOU CAN’T FIGHT HISTORY, HOGAN.

This, to me, is the undisputed crown jewel.

Couldn’t they have just animated the Partridge Family as is? They could have a colorful bus and travel around America and sing songs and solve mysteries and occasionally welcome guest stars like Batman and John Phillips.

But no. In the world of animated spinoffs, everything has to be disastrously complicated. I can’t adequately express how unready America is for something like Partridge Family 2200 A.D. Sure, Better Call Saul, that’s something we can get behind. He’s an interesting character we like to watch! Too highbrow? Don’t worry, I watched all two(?) seasons of I Love New York, which is about a woman who got mildly famous for trying to marry Flava Flav on that other VH1 reality show. It still made more sense than putting the Partridge Family in space.

Actually, you know what? Maybe this show is great.

That was fun. I wish we still did this. Saturday morning could use something along the lines of “Mad Men Except In Camelot.”