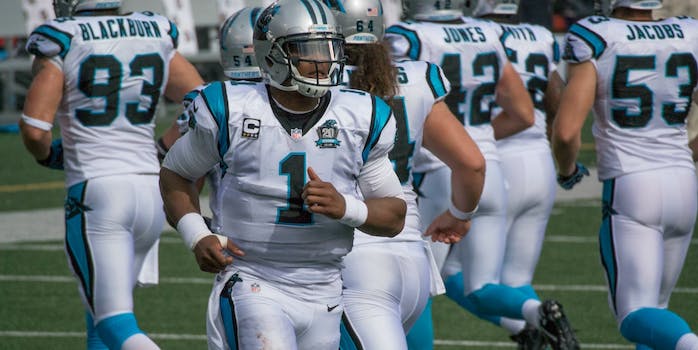 This Carolina Panthers 6-1 meme is stupid, chaotic, and beautiful

The Carolina Panthers are one of four teams to go undefeated through the first eight weeks of the NFL season, and when they play the Packers this Sunday, Carolina will enter a game with a 7-0 record for the first time in club history.

Understandably Panthers fans are excited, especially since they’re facing Green Bay, the longtime league power which, once again, is one of the most dangerous teams in the NFL this year.

But you know who’s really excited about the Panthers? Those on the team’s Facebook page who delight in telling everybody that Carolina is actually 6-1. They’re trolling, of course, but they’ve become such a dominant force on the “Panthers Talk Week 8” event page that the trolls have sarcastically taken on the victim’s role and have acted like they’re the ones being bullied by everybody who’s trying to correct them on their obvious farce.

It’s a meme filled with chaos and purposeful ignorance, and it’s absolutely beautiful.

A sampling of the hilarity. 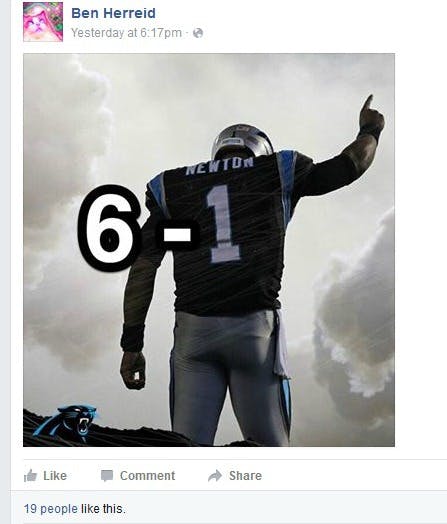 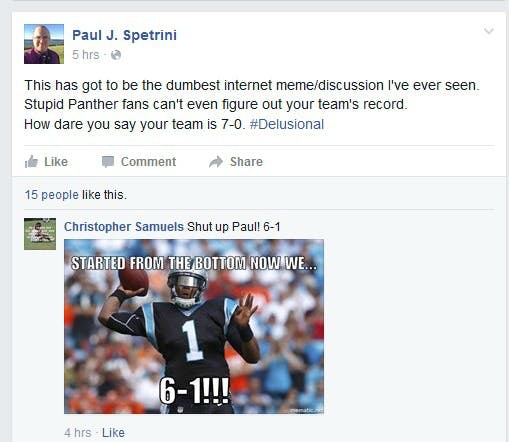 Some Panthers fans, though, weren’t in on the joke and truly believed that the trolls truly believed Carolina had suffered a loss somewhere along the way. Unless those ignorant Panthers fans were part of the meme. If that’s the case, bravo, because my head is spinning.

And yet there were more twists. 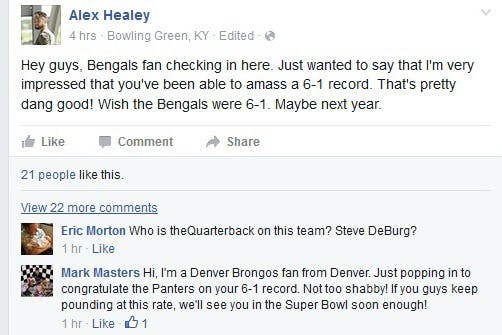 The joke there, of course, is that the Bengals and the Broncos also are 7-0 so far this season. 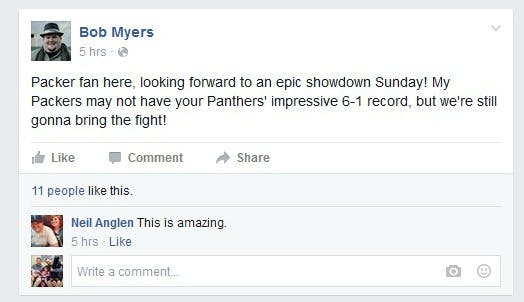 As Deadspin points out, it’s nearly impossible to find the genesis of this meme (I also couldn’t find the clever man or woman and whether he or she is actually a Panthers fan). Also, there are a number of inside jokes (badly misspelling the word “Panthers,” calling the 6-1 record “not too shabby,” etc.) that pepper the gusto here.

But ultimately, the fans have spoken. There was even a poll and everything. 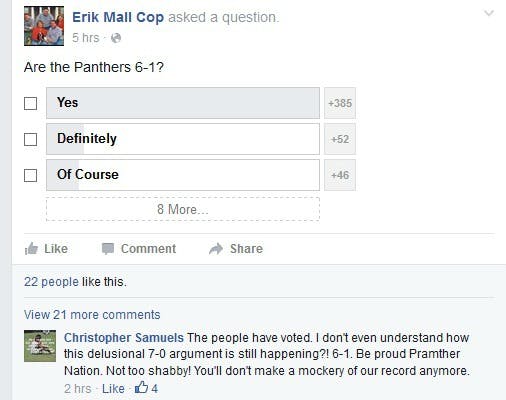 Yet there is not complete joy in Panthers-ville on this night. Because the meme seemingly has an expiration date. 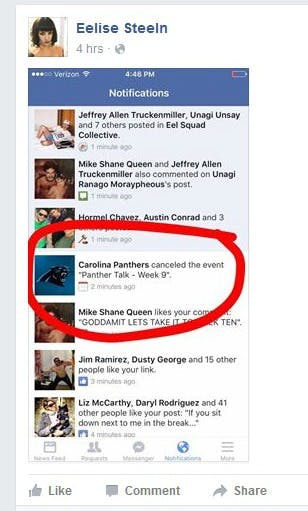