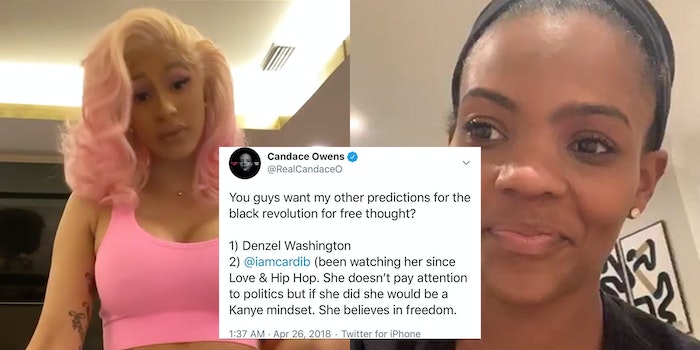 'I have a huge platform and I can make millions go vote...'

A heated exchange between “WAP” rapper Cardi B and conservative political activist Candace Owens unfolded online Sunday after the 27-year-old artist responded to Owens’ criticism of a recent sit-down interview with Joe Biden. In the Elle Magazine interview with Biden, the two addressed the coronavirus, voting rights, and voter suppression ahead of November’s presidential election.