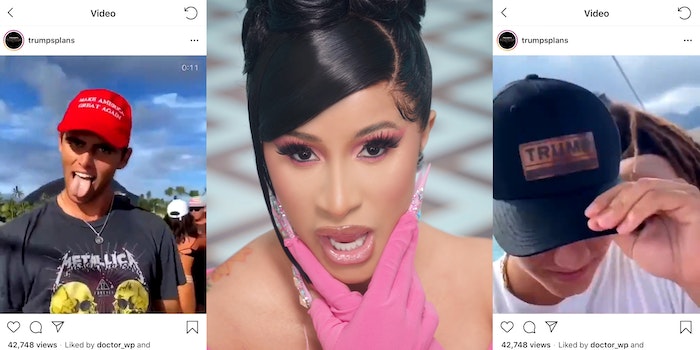 'I'm callin the fbi on this festivity. They are not quarantining.'

Cardi B was upset Tuesday on Twitter after a video emerged showing what appeared to be a boat party with President Donald Trump’s supporters playing her controversial single, “WAP.”