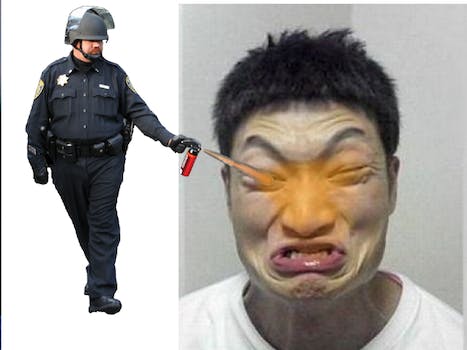 There's nothing funny about the pepper-spraying incident at UC Davis, except perhaps the meme it spurred.

While the fallout from the University of California Davis pepper-spraying incident continues, Canvas and Tumblr users have been turning one of the officers responsible into a meme.

On Friday, Davis Police Lt. John Pike and another officer pepper-sprayed a group of UC Davis students protesting in the quad. The incident outraged the campus and Internet community and has since lead to Pike, Chief Annette Spicuzza, and the other unnamed officer being placed on administrative leave, reported the Christian Science Monitor.

On the imageboard Canvas, users were relentless in their use of the cop in almost every image they could think of. Here are some of the images that grabbed our attention: