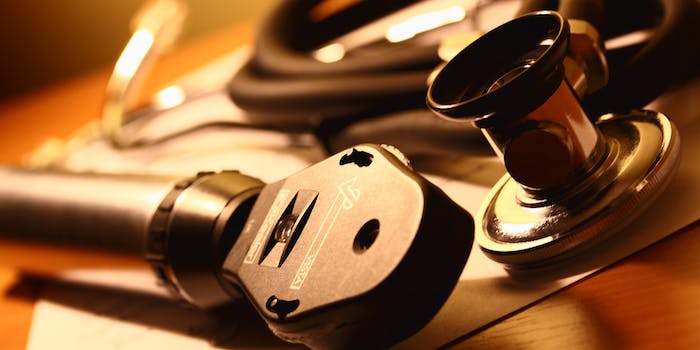 Is Rakesh Agrawal mentally ill? I have no idea, and neither do you.

Last weekend, anyone who follows former Paypal executive Rakesh Agrawal on Twitter was treated to a bizarre series of events. Agrawal tweeted several vicious insults about a fellow Paypal executive, calling her a “useless” “piece of shit.” He then deleted the tweets, apologized, and claimed that he was testing “experiences on android” and that “those messages were meant for a colleague.”

Then, David Marcus, president of Paypal, stated that Agrawal was no longer with the company and wrote a brief blog post in which he declined to accept Agrawal’s apology for the tweets. Finally, it became clear that Agrawal had actually resigned his position before he made the tweets in question. Agrawal continued to insult his former company and its staff. It appears that he is now hiring employees for an ambitious new project, posting hints and teasers on Twitter.

It’s unclear what’s going on. Were Agrawal’s tweets really an accident? Why is he so publicly contemptuous towards Paypal and his former colleagues? Is this all a ploy to get attention for his new company?

To answer these questions, many, including Marcus in his blog post, have rushed to a familiar explanation: mental illness.

Agrawal himself is aware that others are concerned for his mental health. He has been retweeting tweets like these: “We will learn very clearly today that twitter is not a substitute for lithium. @rakeshlobster could very realistically hurt a stranger.” “Wanna see what it looks like when a PayPal exec has a mental breakdown on twitter? @rakeshlobster” “Hey journalists: can one of you try to track down a family member of @rakeshlobster to get him professional help? Like now?”

He has also tweeted that people have been worried about him, and thanked friends and family who have checked in. More recently, he has accused the Paypal team and others of purposefully damaging his reputation for what was an honest mistake, and said, “I’ve become the subject of endless mockery. And the face of mental illness.” But Agrawal has neither confirmed or denied any claims about his mental health.

Is Agrawal mentally ill? I have no idea, and neither do you.

There’s a long history of using mental illness as a multipurpose scapegoat when people do bizarre, harmful, or dangerous things. Mass shootings are frequently blamed on mental illness despite little evidence, as is homosexuality, kinky sex, atheism, and, apparently, weird tweets.

This accomplishes a number of things. First of all, where the behavior is harmless to others but is nevertheless not tolerated by the public–homosexuality, kinky sex, gender nonconformity–categorizing the behavior as a mental illness gives us a convenient excuse to try to change it. Second, where the behavior is harmful but we don’t want to deal with its actual, structural causes–mass shootings, sexual assault, spending too much money–categorizing the behavior as a mental illness allows us to feel like we’re doing something to prevent it without having to ask any difficult questions about how our society may be contributing to it.

Finally, when the behavior has (justifiably or otherwise) made people upset at the person, categorizing the behavior as a mental illness packs an extra punch to the insults directed at that person. That’s because mental illness is stigmatized. It shouldn’t be, but it still is. Calling someone “crazy” or telling them to “get back on their meds” or “check into the psych ward” is insulting because being the type of person who needs medication or hospitalization is presumed to be shameful.

As I noted earlier, informally diagnosing someone as mentally ill also provides a presumably complete explanation of their behavior. But armchair diagnosis is not only insulting; it’s generally inaccurate. The amount of information that a diagnosing psychiatrist or psychologist has access to vastly exceeds the amount of information that even Agrawal’s most dedicated online observers have. A mental health professional might administer all sorts of diagnostic screening tools, order a physical and a toxicity screen, and ask various open-ended questions. (They don’t ask nearly enough, in my experience, but that’s a separate article.)

For example, if Agrawal’s apparent Twitter breakdown was triggered by drugs or alcohol, then the behavior does not qualify as a symptom of a mental illness. He could be diagnosed with chemical abuse or dependency, but that requires specific patterns of use. Otherwise, each mental illness diagnosis, from depression to schizophrenia, specifies that the symptoms must not be better explained by a drug or a different medical condition.

That’s just one example. I can think of numerous reasons Agrawal acted the way he did. It could be an intentional (if slightly unorthodox) way to build buzz for a new venture. It could be that things were going on at the company of which we were not aware, and Agrawal was extremely upset and unable to refrain from venting publicly. It could be that the initial tweets really were a mistake, perhaps meant to be a direct message to someone, and Agrawal subsequently became angry at Marcus for his public refusal to accept Agrawal’s apology. Who knows?

But we don’t have enough information to claim that Agrawal is mentally ill. Ignoring that fact and claiming so anyway promotes the harmful myth that mental healthcare is a field in which armchair diagnosticians with no training should be taken seriously.