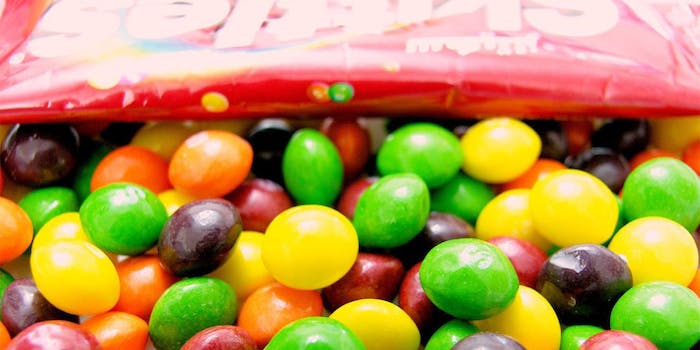 Candy Crush is everything that is wrong with trademark law

Fixing trademark law could prevent legal battles like the Banner Saga saga from happening in the first place.

If you’ve played any mobile games at all in the last year or so, odds are good that you’re familiar with Candy Crush Saga. With half a billion downloads to its name, the game recently displaced Farmville 2 as the most popular casual game on Facebook, and it’s been hugely profitable on both iOS and Android.

The beneficiary of that runaway success is King, a multinational company whose winning streak is not limited to casual games. Earlier this month, both the European Commission and the U.S. Patent and Trademark Office awarded King a trademark on the word “candy” for use not only in video games but also in related merchandising. If no one succeeds in disputing the application, “candy” will join “saga” as a registered trademark of King Ltd.

Given the commonality of those words, it’s hardly surprising that developers have responded with dismay. To quiet concerns about the company’s plans, a representative for King told GamesIndustry International that it would enforce the trademark only against developers who use the terms in ways that might confuse consumers. That, more or less, is how trademarks are supposed to work. Yet even with the clock still running on the Trademark Office’s 30-day appeal period, cease-and-desist orders have already begun arriving in the inboxes of game developers.

Among those recipients is Stoic, the studio responsible for a game you’d have to squint very hard to mistake as a competitor. That game is Banner Saga, a tactical role-playing game with a stylized viking theme. In addition to being a King Ltd. trademark since 2011, “saga” is (as you might recall) an Old Norse word for the traditional histories vikings wrote during the High Middle Ages.

In principle, King’s trademark over the terms “candy” and “saga” shouldn’t amount to a monopoly over use of those terms, as Polygon’s Tracy Lien has pointed out. But the mere threat of legal action is often an effective deterrent to small, independent developers who can scarcely afford a legal defense. Banner Saga was funded by a Kickstarter campaign; Stoic may not even have the resources to mount a successful legal defense should the case go to court.

At the same time, capitulating to the cease-and-desist would mean making a difficult choice. The game was developed for episodic release; its first chapter was published earlier this month. Changing the title for the two remaining installments would almost certainly confuse some consumers and lose Stoic some portion of the profits it might have otherwise expected.

If the approvals stand, Europe and the U.S. will have effectively given King the ability to fluster not just copycats, but also non-competitors. At times, that will mean a critical setback for developers like Stoic, who acted in good faith and had no reason to expect a legal challenge. All in the name of protecting an intellectual property to which, as even the owner admits, Banner Saga bears almost no relation.

The most frustrating aspect of the whole affair is that King itself seems to acknowledge the injustice of what they’re doing. “We do not have any concerns that Banner Saga is trying build on our brand or our content,” a representative for King told Kotaku’s Owen Good. So why hassle Stoic in the first place? Because, as the Banner Saga case reveals, trademarking banally common works like “candy” and “saga” is a tactic motivated by desperation.

When King issues legal challenges based on those trademarks, even against radically dissimilar games, it indirectly exposes the weakness of its own creative strategy. Sega, for example, has a trademark on Sonic the Hedgehog, a character it features in a range of games, from side-scrolling platformers to Olympic-themed sports variety games. Any developer who published a game featuring a speedy blue hedgehog would instantly be suspected of violating the trademark in a blatant attempt to capitalize on Sega’s work—and reasonably so, since there’s little risk of anyone accidentally duplicating the brand. The brand is distinctive enough that Sega need not even bother trademarking “hedgehog” to prevent against competition from slower varieties of hedgehog in other hues.

King, by contrast, has built its gaming empire by hewing as closely to the generic as legally possible. Its development process is built on mining popular titles from the video game industry’s past and churning out slick updates for mobile platforms, typically at a rate of about one per month. Its recent Bubble Witch Saga, for example, builds on the gameplay of Puzzle Bobble, a game first released in 1994 and since ported to nearly every console or portable gaming system on the market.

That reliance on well-worn tropes makes for a relatively quick and cheap development process, and since there’s very little financial risk attached to any one title, King can shake off the failures and concentrate on the rare blockbuster. That, in effect, is what the company has done with Candy Crush Saga. The game itself is a variation on the popular match-three template, common in video games since at least 1990 when Sega released Columns. Between levels, the player traverses a map styled as a foldable board game—shades of Milton Bradley’s Candy Land.

Dealing in such well-worn tropes allows King to work quickly and cheaply, but it doesn’t leave them much on which to hang a legal claim against competitors who draw from the same generic pool. Usually, that’s not a problem, since the strategy is to build profits by pushing a constant stream of mostly forgettable clones into the market. With Candy Crush Saga, though, King scored a major win, and now they’re anxious to shore those gains against competitors who can use all the same elements to build essentially the same game. Trademarking the words “candy” and “saga” is effectively a rearguard movement, necessitated by King’s desire to protect a property built out of parts that are too generic to defend by more direct methods.

Thus, as King’s spokesperson told Kotaku, the case against Stoic isn’t really about The Banner Saga at all. Rather, the legal department’s concern is with “preserving [their] ability to enforce [their] rights in cases where other developers may try to use the Saga mark in a way which infringes our IP rights and causes player confusion.” Making an example of Stoic allows them to plead consistency when going after the rare copycat so blatant as to use the word “saga” in a game that actually resembles one of their Saga-branded games. Without that technicality, they’d have no way to prevent other developers from taking inspiration from the ’90s games they copied in the first place.

That problem is by no means unique to King. The business model that drove them to adopt an abusive use of trademark law is commonplace in the so-called casual gaming market. That’s especially true on social and mobile platforms, where development times are relatively short, distribution practically free, and audiences so diverse that many are unaware that the hot new thing is basically the dressed-up version of a game that was novel 20 years ago. Nonsense-named competitors like Booyah, Wooga and Zynga are fighting for visibility in a crowded market that specializes in derivative products. If companies like King can stay ahead of the pack by trademarking generic terms, they’ll have no incentive to win on the strength of quality or by producing a genuinely distinctive product.

To prevent that sort of stagnation, trademark authorities ought to insist on a standard that links common words back to the game-specific features that distinguish them. A blue, sneaker-clad hedgehog is distinctive enough to justify relaxing that standard. Without additional qualification, candy is not. No trademark should be granted for such common terms without narrowly specifying how the concept functions in the context of the game. Official protests to the USPTO should insist on as much.

By that standard, King might be entitled to exclusive use of candy as the primary motif in tile-based matching games. Designers who wanted to decorate their kart racing game with candy could do so; designers making yet another match-three clone could not. The history of the color-matching puzzlers, from the jewels of Columns to the amorphous blobs in Puyo-Puyo, demonstrates that the genre is flexible enough to concede that much, but any standard that would let King check the creativity of a non-competitor like Stoic, even with idle threats, is a bad one.