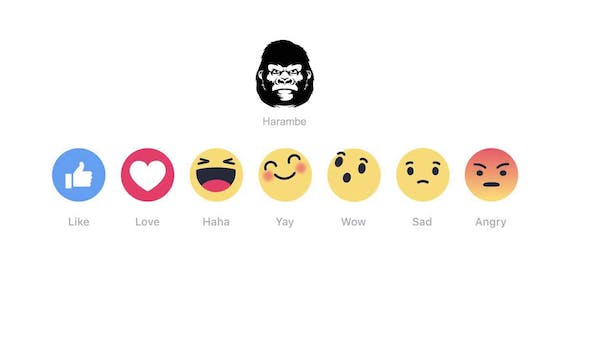 The real problem with ’19 Kids & Counting’ isn’t the Duggars

This isn't just a family issue. It's about the bottom line.

Things are slowly getting back to normal for the Duggar clan, the stars of TLC’s 19 Kids and Counting. Reports that Josh Duggar, the family’s oldest son, molested his younger siblings Jill and Jessa rocked the Internet in May. While Jim Bob and Michelle sat down with Fox News’ Megyn Kelly to defend their son’s actions, the Duggars quietly stepped away from Twitter amid the Internet firestorm.

But yesterday, the family came out of social media hiding. Josh tweeted a photo celebrating his son Michael’s fourth birthday, a post that (at the time of this writing) has been favorited on Twitter more than 1,700 times.

However, the Internet has otherwise not been so kind to the Duggars. The family’s molestation scandal has led to numerous petitions on Change.org and similar sites calling for the show’s cancellation. A CredoMobile campaign from Sarah Jones explains why it’s time to pull the plug on the show: “Studies by David Finkelhor, Director of the Crimes Against Children Research Center, show that 1 in 5 girls is a victim of child sexual abuse. By continuing to air and financially support the Duggar family, TLC is rewarding an admitted child molester.”

While TLC has yet to confirm their plans for the show’s future, it’s likely that 19 Kids and Counting won’t see another season in its current form. However, that doesn’t mean the Duggars are going anywhere. The show might “address” the controversy by booting Josh and keeping the rest of the Duggars on air, but TLC is also considering a spinoff for Jill and Jessa that would focus on the daughters’ growing families (both Duggars are expecting). After the network was forced to part with Here Comes Honey Boo Boo following that show’s own molestation scandal, they simply can’t afford to lose another cash cow.

This is precisely the problem: For TLC, it’s not about standing up for victims of abuse—it’s about ratings. In May, the Daily Beast and Gawker speculated that TLC may have known about police reports filed against Josh Duggar in 2006, which suggested that he molested five girls (including his aforementioned sisters) in 2002 and 2003, when he was a minor. “It had all the makings for yet another special for TLC, a network that has only painted the family in Hallmark hues since it started filming the clan in 2008,” the Daily Beast’s Emily Shire writes. “Up until now, the family courted only the kind of controversy they wanted.”

While this might seem like speculation, it’s highly likely that they were aware of rumors on the subject. The Duggars initially gained fame as the subjects of a Discovery Health special, 14 Children and Pregnant Again, that aired back in September 2005. As Gawker’s Allie Jones explains, Oprah canceled her own Duggar special the following year “after a ‘61-year-old woman’ emailed Harpo Studios to warn producers about Josh’s sexual misconduct.” In 2007, reports of Josh Duggar’s abuse history circulated online, with “hundreds of comments… on various Duggar blogs and message boards,” as Jones writes.

While online protesters have taken aim at the show itself, this shows that canceling 19 Kids and Counting doesn’t address the issue. What we really need to do is cancel TLC.

This is precisely the problem: For TLC, it’s not about standing up for victims of abuse—it’s about ratings.

After all, this is hardly the first time that the network has been criticized for promoting abuse and exploitation. On top of the scandal that would get the show pulled from the air, critics frequently took Here Comes Honey Boo Boo to task as a show that often blurred the lines of child abuse. In a 2012 editorial, New York Daily News TV critic Don Kaplan noted that Mama June Shannon regularly pumped her titular daughter, Alana, “full of energy drinks and junk food so she’ll say stupid things like, ‘A dolla makes me holla!’ and ‘My momma weighs the most in the family because she’s fat!’”

Alana Shannon gained a wide social media following due to these meme-ready quips, which earned her just as much ironic mockery as they did adoration. While TLC was likely “laughing all the way to the bank,” Kaplan explains that the case is very different for Alana. “Most of the dopes who go on reality shows know that they’re likely to become a laughingstock,” Kaplan writes. “All little Alana Thompson knows is that she’s getting lots of attention, something every 7-year old craves almost as much as sugar.”

Even if the Shannons did profit off the show, that doesn’t make TLC’s involvement any less reprehensible. The network is able to get families like the Shannons to sign onto the show simply because—as lower-middle class families struggling to get by in the country’s most impoverished areas—they have few other options than to allow the Internet to make fun of them for a dollar. It preys on our worst tendencies to mock of the impoverished and overweight, asserting our own self-worth by distancing ourselves from those less privileged than we are.

Shows like Toddlers and Tiaras and Labor Gains tend to focus on the same segment of the population, but it’s not just about poor folks: TLC makes their money off those society perceives to be absurd, ridiculous, and surreal, like a modern-day P.T. Barnum.

Thus, the show also airs programs about the Amish, little people, and the Roma—also known as “gypsies,” a term many in the community find offensive. Featuring the Roma in their own television program could be an empowering act of visibility for families of color—like in the case of ABC shows Blackish and Fresh Off the Boat—but that’s not what’s on TLC’s mind. After all, the show is called My Big Fat Gypsy Wedding.

I had the unfortunate experience of witnessing this first hand in 2012 after I wrote a blog post about why I think that adults shouldn’t forget the innocence of childhood; I pride myself on being an “overgrown kid.” After reading my essay, a TLC representative reached out to me and I chatted with her over the phone. She discussed with me a potential My Strange Addiction-style program the network was shopping about people’s odd obsessions. Based on my post, she thought I might be a giant baby—and she called to check.

Unfortunately for TLC, I am not, in fact, a giant baby. I politely declined the opportunity.

Canceling 19 Kids and Counting doesn’t address the issue. What we really need to do is cancel TLC.

The conversation was brief, but I never forgot the exchange, simply because it spoke volumes about the network’s priorities. A drooling 24-year-old with a binky would be perfect for them, not just because it would be great TV but because someone with the mentality of a toddler is easy to abuse for profit, their ideal subject.

Cutting off the head of Josh Duggar is, thus, just one appendage of a relentless Hydra, one that will continue to grow as long as TLC is on the air. Canceling shows like Here Comes Honey Boo Boo and 19 Kids and Counting won’t do anything to address a much deeper issue that’s long plagued the network. If a quote attributed to P.T. Barnum argued that there’s a sucker born every minute, TLC has proved that there’s an exploiter born every minute, too.

As long as viewers and advertisers continue to reward TLC’s brazen irresponsibility toward its subjects, there will be 19 more families just like the Duggars. That’s not just bad news for the Jill and Jessa Duggars of the world. It’s bad news for America.