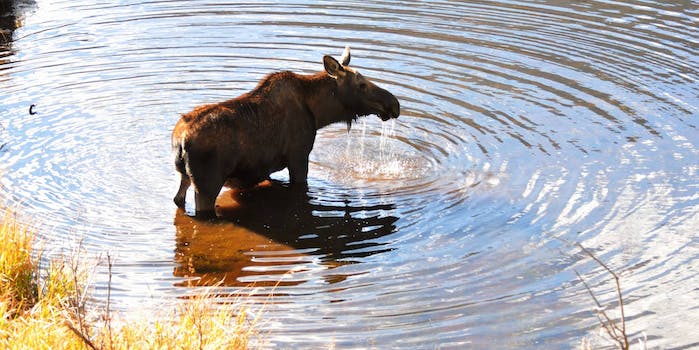 Better than a manatee.

It’s Canada Day but you wouldn’t know it by the sad news coming out of our neighbors to the north.

The country’s National Post reports that two bros are facing charges of harassing wildlife with a boat after stalking a water-bound moose last summer. The guys pulled up just close enough to the majestic beast for one of them to jump on its back and ride it like a Brahma bull drunk off maple whiskey.

How did the British Columbia Conservation Officer Service hear about their exploits? Two words: viral video.

Canadian officials are not happy. The Canadian bros are probably waiting for a statue to be erected in their hometown of Fort Nelson celebrating their triumph of surpassing America in dumb water-bound animal-riding.

Watch out, manatee lady. Canada is comin’ for ya, provided its two douche representatives make it out of their Aug. 8 court date in one piece.