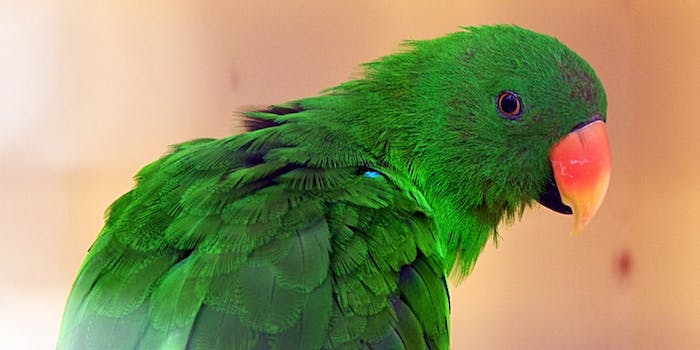 Cackling parrot looks and sounds like something out of a nightmare

The terrifying cackle can strike fear in anyone's heart.

Birds are already kind of freaky. Being able to fly means they can drop poop bombs whenever they want. Plus, their sharp talons can rip through pretty much anything. Add to the list this maniacal parrot with a cackle so diabolical that it could send villagers fleeing to the hills.

In the sadly non-embeddable Tumblr video, the green-feathered super-villain enters the scene by using its creepy bird feet to open a door. It then pokes its head through the crack. 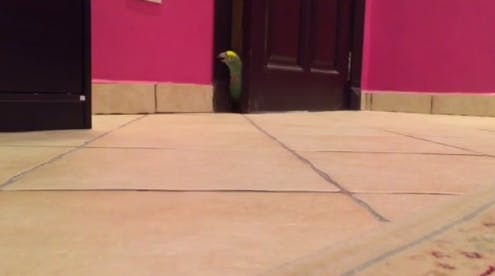 The bird steps through, ready to begin a reign of terror, letting out a laugh that’s the envy of every Disney villain. 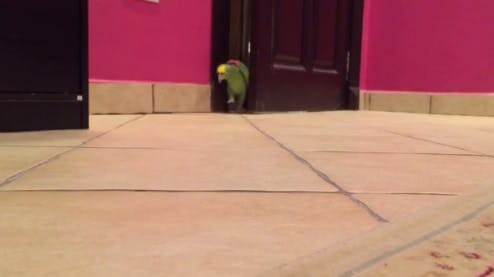 Do not let the beast’s beauty sway you—it crawled straight out of your nightmares. 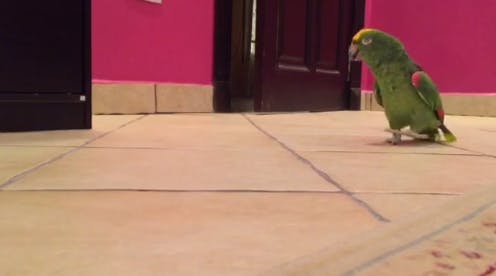 Lock your doors before you watch the video. You never know what might come laughing and waddling out.

Photo via catlovers/Flickr (CC BY SA 2.0)