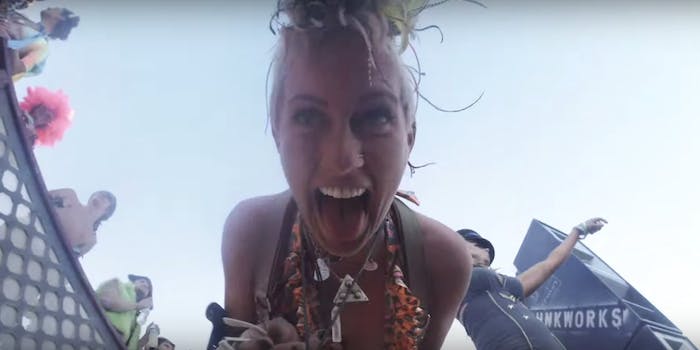 Intentionally or not, this video is the perfect advertisement for Burning Man.

A GoPro camera that was meant to capture a panoramic view of Burning Man instead recorded something far more exciting when it fell off of the drone carrying it.

Incredibly, the camera survives the fall to the desert floor—and it ends up in the middle of an outdoor dance party. As soon as it lands, someone picks it up (because let’s face it, everyone at Burning Man knows what to do with a surprise GoPro camera), and we’re treated to an awesome view of the festivities.

Intentionally or not, this video is a perfect example of the unpredictable appeal of Burning Man.