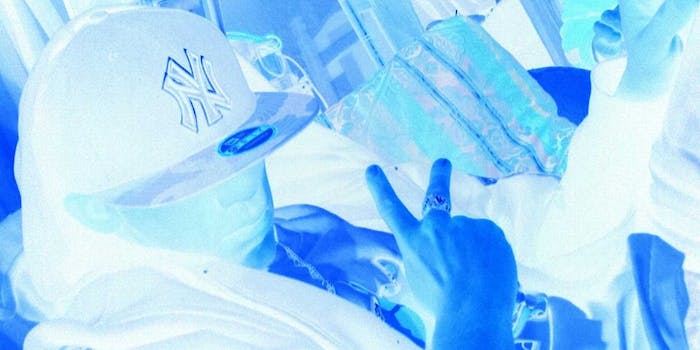 Burger caught after logging into Facebook while robbing house

We may have a new contender for world’s worst burglar and world’s most-addicted Facebook user… and it’s the same person.

We may have a new contender for world’s worst burglar as well as world’s most-addicted Facebook user, and it’s the same person.

Nicholas Wig or “Nick Dub,” as he’s known on Facebook, not only logged onto Facebook while burglarizing a house last week, but the 26-year-old from Minnesota forgot to log out before leaving, according to local police.


Wig’s folly didn’t end there, though. Homeowner James Wood updated the status on Wig’s profile, saying that Wig had broken into his house and leaving his phone number for anyone who might be able to provide information on Wig’s whereabouts.

Wig, being Wig, sent a text message to Wood.

As the story goes, Wig left some rain-soaked clothes at Wood’s house after ransacking it. Wood told Wig, through text message, that he wanted to give him back his clothes. The two agreed to a trade: Wood gives Wig the clothes back, and Wig gives back to Wood a recycled cellphone he stole.

Before that could happen, Wood reportedly saw Wig walking down the street while driving his car. He notified police, who nabbed Wig.

Wig admitted to everything, from robbing the house to logging onto Facebook, ABC reports. He faces up to 10 years in jail and $20,000 in fines on felony burglary charges.

Wearing a cool hat-bandana hybrid and an awesome mustache, Wood tells the story better than anyone. Check it out.