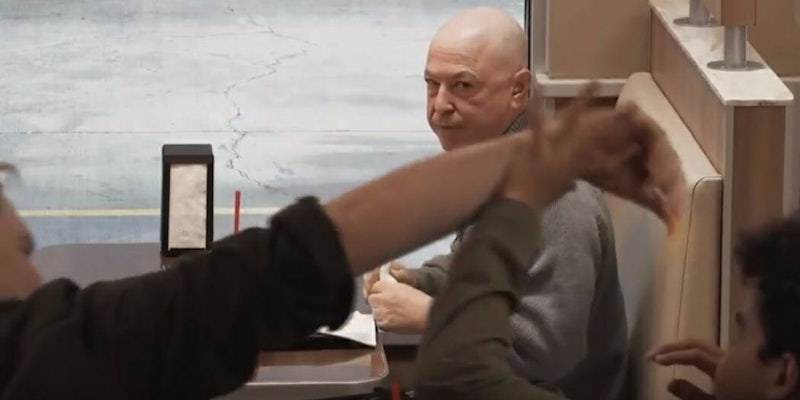 The stats are eye-opening.

Since October is National Bullying Prevention Month, Burger King is doing what it can to make a difference. Seriously, Burger King, which made the anti-bullying PSA you can see below, is leading the charge and showing that people are apparently more likely to bitch about a smushed sandwich than stand up for a teenager who’s being victimized by others.

At first, the video seems like a bad joke, making light of a high school junior being bullied vs. a Whopper Junior sandwich taking a punch to the gut. It’s easy to see how the tone could be off when discussing such a powerful topic.

But then the PSA transforms itself into a powerful—and emotional—message in which the vast majority of customers shown remain silent when they see somebody being verbally and physically bullied right before their eyes but have no problems complaining about an unacceptable food order.

Here’s the entire video, where children also discuss what bullying means to them and describe the insults that have been hurled at them.

Burger King said that 95 percent of customers complained about the “bullied” burger, while only 12 percent stood up for the actual person who was being bullied. Hopefully, that’s something all of us can chew on the next time we bite into our lunch.