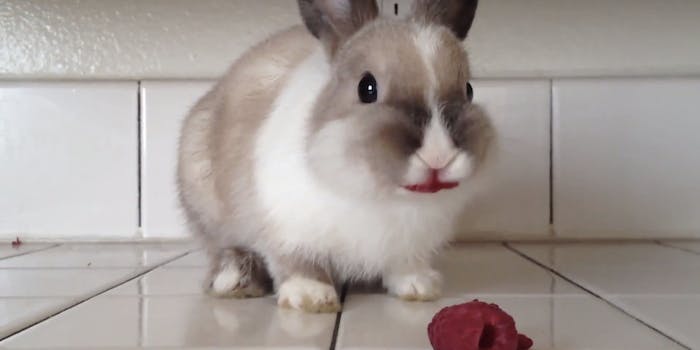 It's doing a pretty remarkable job, considering its distinct lack of thumbs.

This video’s quickly picking up steam on YouTube, but even its posters don’t deny its simplicity: It’s simply 33 seconds of a fluffly little rabbit chowing down on a pair of raspberries. “There isn’t much more to say,” reads the description. No, there’s not, so we’ll let it speak for itself:

What is it about animals eating that captures the hearts and attention spans of thousands? When we figure it out, we’ll let you know. Meanwhile, go ahead and watch that video again. You know you want to.

Screengrab via 929 The Bull TV/YouTube