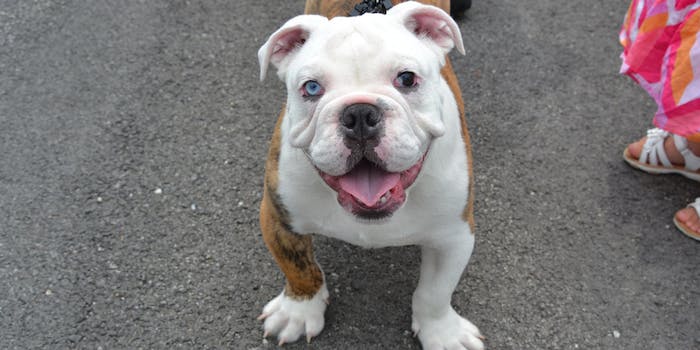 This bulldog figured out how to watch videos on an iPad

Tablets are one of the most ideal gadgets for enjoying video, and apparently there are other members of the animal kingdom who feel exactly the same way.

One clever pup has even mastered the ability to replay videos over and over, just like any true YouTube junkie.

In case you ever wondered what kinds of videos a dog would want to watch, now we know: clips of other dogs playing, of course!

The video is a little confusing the first time you watch it, since it goes full meta about halfway through, cutting to a video of the adorable bulldog watching himself watching a different video. For a moment, he almost seems to grasp exactly what he’s watching, but then decides maybe he better watch it again.

Photo via Tobyotter/Flickr (CC BY SA 2.0)