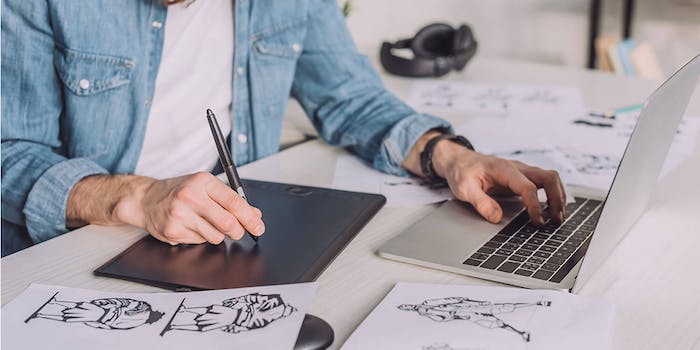 Fortnite ain't got nothin' on you.

Did you know that the mass multiplayer game industry (known as Battle Royale to anyone familiar with the space) is bringing in billions—yes, billions. With a “b” and an “s”!—of dollars a year? Yeah, well, it is. And with the madness that has been 2020: The Year of Coronavirus, people are playing more digital games than ever to keep busy while social distancing or even to get an education. This means they’re spending more money on them (over $10 billion in March alone!), and there’s money to be made if you master the skills needed to build your own successful Battle Royale–style game. Learn how with this online master class.

With this Build a Battle Royale online training, you’ve got 55 hours of content on the Unity and Blender skills you need to succeed. Through a nine-level progression, you’ll actually build a multiplayer game from scratch, walking through designing, coding, 3D modeling, and level design until you have a complete product.

The 301 lectures are led by John Bura, owner of Mammoth Interactive—the company that produces XBOX 360, iPhone, iPad, Android, HTML 5, ad-games, and more. You’ll gain hands-on experience and knowledge on topics from how to code in C# and navigate the Unity game engine to how to control and customize your own hero character. Want to make an unforgettable game arena? Done! Want to make the weapon of your dreams? Also done!

In addition, this master class will teach you the best way to incorporate artificial intelligence into any of your creations. And when you’re all set and ready to throw down, you’ll know how to set up on a local server and a global server with player-versus-player support.

The creator of one of the most popular games and pretty much the entire genre was more or less unemployed when he built his mass multiplayer game, PUBG, and now he’s rolling in the dough. When you can get started learning how to Build a Battle Royale with Unity & Blender for just $14.99, a savings of 92%, why not take a shot at being the next Brendan Greene?

Lauren Forgione is a writer and editor who’s covered topics from commerce and technology to seniors’ healthcare and kids’ science to travel and dogs (and sometimes travel with dogs). She knows these are false ranges and is OK with it. She is based in Long Island.