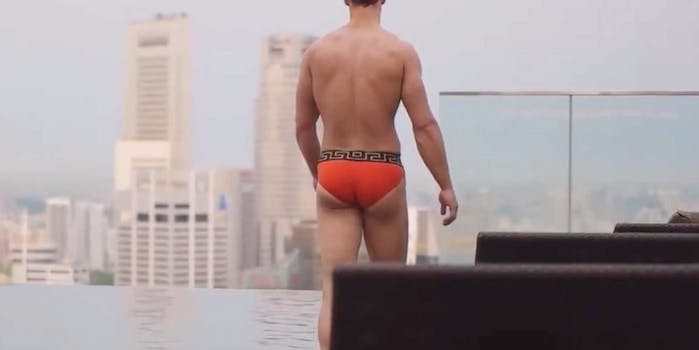 Recently, a video of a buff dude singing Adele’s “Hello” has been making the rounds on Facebook. The performer is self-proclaimed “international fitness icon” and author Bryan Hawn, who shows off his body in places that you’d understandably assume are in Singapore—because the video’s caption says it was produced for the Singapore Tourism Board.

But here’s the twist: Barely any of the video was filmed in Singapore, as BuzzFeed reported, and it has nothing to do with the Singapore Tourism Board. Facebook users commented on the video, with marked amusemen, to question why the tourism organization would shoot such a advertisement. “What the flying fuck,” wrote one, while another quipped, “need to go to Singapore again ASAP.”

In reality, the mixup likely came down to Kenneth Tan, the managing editor at Shanghaiist who appended the Singapore Tourism Board caption, either jokingly or through an honest mistake.

Eventually, Hawn addressed the confusion in a follow-up post of his own, clarifying that his video has nothing to do with the Singapore Tourism Board and promoting the best exercises for getting an ass like his.