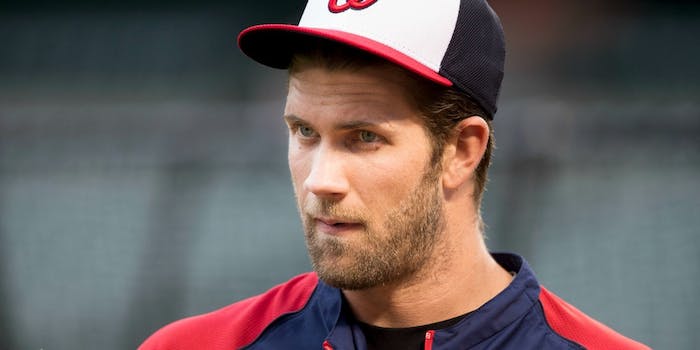 This was not Harper's finest moment of 2015.

But all of that baseball talent doesn’t necessarily make one Internet-savvy, especially when it comes to knowing how to pronounce the word “meme.” In the standard pronunciation—correct me if I’m wrong—it rhymes with “team” and “seem.” That, however, is not how Harper says it, and in the process, he might have turned himself into one.

Twitter users immediately weighed in with their opinions of Harper’s interpretation.

I can't criticize Bryce Harper's pronunciation of "meme." Showing that you're not some degenerate internet addict like us is a GOOD thing.

Listen, I may not be able to hit 42 HRs in a season but at least I can pronounced "meme" correctly, BRYCE HARPER.

And the ultimate question.

@TomFornelli how does he say .gif?