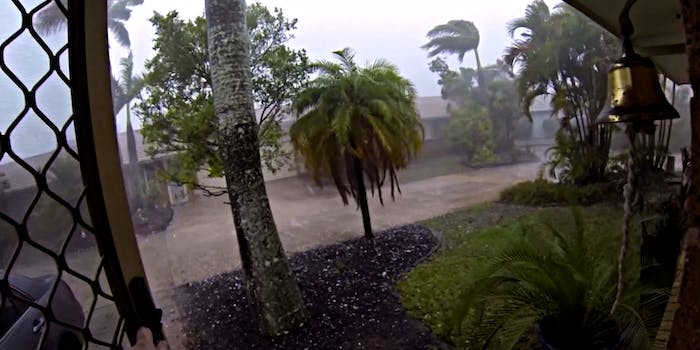 Watch a man offer hilarious commentary to a hail storm

A hail storm in Brisbane is eliciting quite the response from one man who lived through it.

YouTube user Adam_ is only trying to study, but a hail storm had other ideas. He doesn’t have an epiphany like one man did upon seeing a double rainbow, but he can’t believe what he’s seeing. Luckily he has a great vocabulary at hand to describe it.

“Really it makes you appreciate days where you don’t have giant ice fucking smashing you in the face, which I guess is most days,” he noted. Well said.