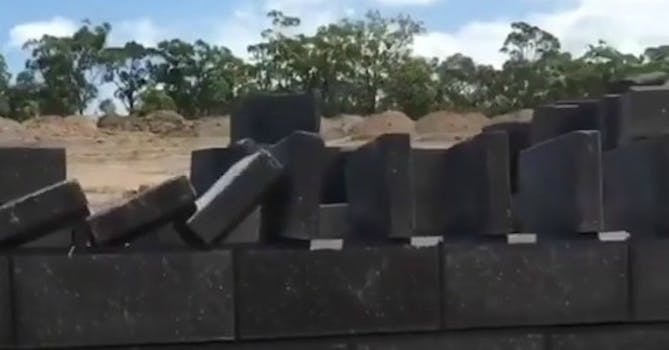 Watch these bricks fall like dominoes until it actually makes sense

Just another brick in the wall.

At first, the stunt looks like a couple of dudes having fun on a work break, playing dominoes with the bricks they’re supposed to be laying. But then, the game takes a turn, and you come to realize that this isn’t a stunt after all.

In fact, it could be a revolutionary way to finish your brick-laying work much faster than ever before. Take a look and take notes. This might be the wave of the future.

Either way, just add some mortar to the bottom of the bricks, and perhaps you can cut your work day in half.